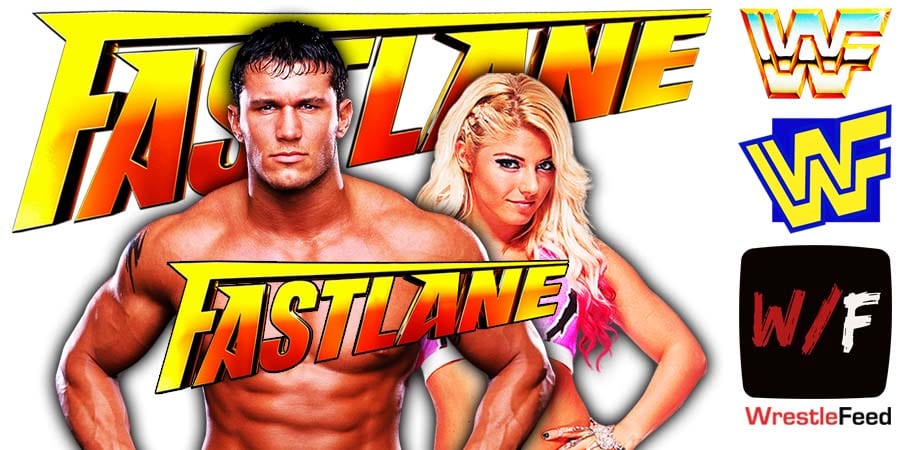 As seen in the co-main event of WWE Fastlane 2021 pay-per-view, Alexa Bliss quite possibly picked up the biggest win of her career, when she pinned 14-time WWE World Heavyweight Champion Randy Orton.

Alexa pretty much “dominated” the match by throwing fireballs at Orton, making stuff fall down out of nowhere and making Orton cough up black liquid because of her new “powers”.

The Fiend also returned during the match with a new burned look and hit Orton with a Sister Abigail, after which Alexa sat on top of Randy and pinned him to win the match.

Kim Orton, Randy’s wife, tweeted the following to Alexa after this:

Alexa posted the following after The Fiend’s return on Instagram:

9. Jake the Snake vs. a jobber

10. Jake the Snake ansewers questions from the audience

12. Ricky Steamboat vs. a jobber