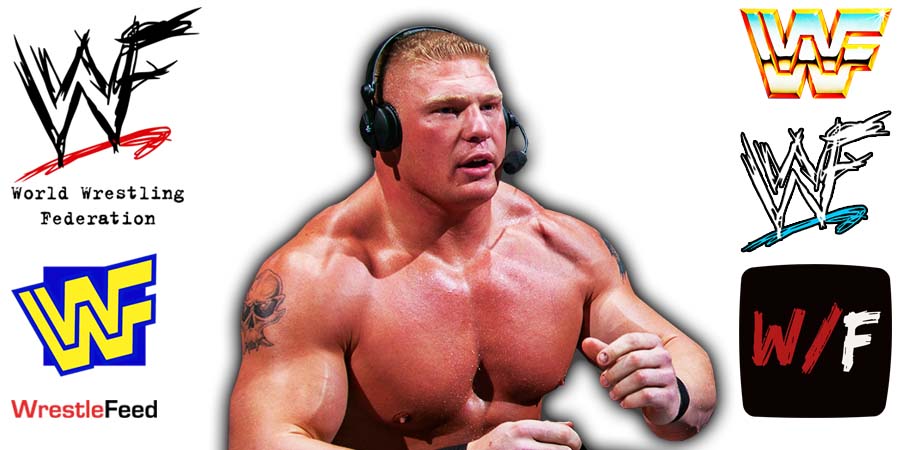 However, when he performed one during the WrestleMania 19 main event during the ending moments of the match, he landed on his head and got hurt.

During an interview with Fightful, current RAW Superstar Shelton Benjamin revealed that he stopped doing the 450 Splash after he hurt his elbow while doing it, and then revealed the advice Lesnar gave him regarding this high-risk move.

Below is what Benjamin said:

“The last time I did [the 450 Splash] I basically got injured. I banged my elbow and I actually had to have surgery on it. That’s pretty much why I took it out of the repertoire.

Then, going further, there’s a lot of stuff I used to do that I just stopped doing. Believe it or not, this is advice that Brock gave me.

I can still do a lot of stuff. I just choose not to because one – why? Two — the margin for error is greater than I want to risk.”

Also Read: The Undertaker Reveals What He Said To Brock Lesnar About Leaving WWE In 2004

Shatner became a world famous actor while playing the role of cultural icon Captain James T. Kirk in the original Start Trek series from 1966 to 1969 and again for the Star Trek movies from 1979 till 1994.

In 1995, he confronted Jerry “The King” Lawler on multiple episodes of WWF Monday Night RAW, but eventually inducted Lawler into the WWE Hall of Fame in 2007.

William himself was inducted into the Celebrity Wing of the WWE Hall of Fame in 2021, but the ceremony took place without a crowd due to the COVID-19 pandemic, and he had a video induction.