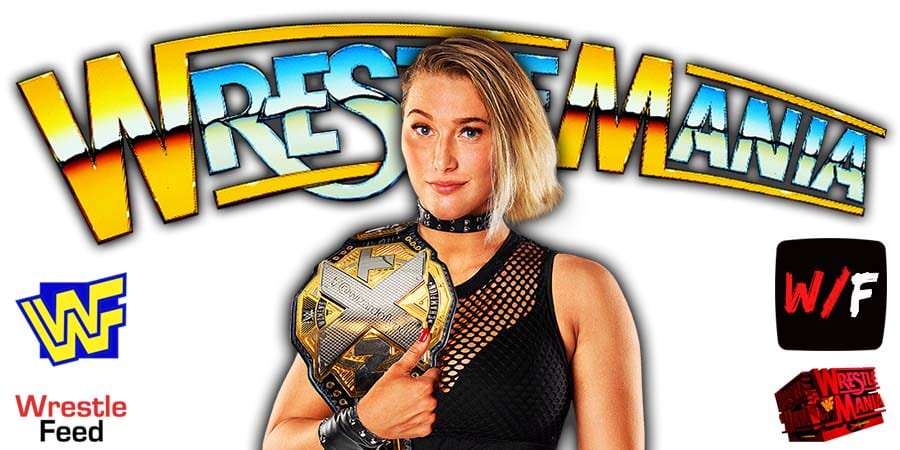 She’s expected to dethrone Asuka to capture the RAW Women’s Championship at this event.

If that happens, then Ripley will become the first woman in WWE history to hold titles on NXT, NXT UK and RAW/SmackDown.

Some fans stated on Social Media that Ripley could become the youngest RAW Women’s Championship in history at WrestleMania, but that won’t be the case.

If Ripley wins the Title on Night 2 of WrestleMania 37 on April 11, she would be 24 years and 182 days, which means she would miss that record by a couple of days, as Sasha Banks currently holds the record for being the youngest RAW Women’s Champion in history – at 24 years and 181 days.

Also Read: More Matches That Are Expected To Be Announced For WrestleMania 37

On this day in 2001, we lost Old School Wrestling Veteran Benny McGuire (Real name: Benny McCrary) at the age of 54 due to heart failure.

Him and his brother Billy McGuire not only wrestled as “The McGuire Twins”, by far the heaviest Tag Team in professional wrestling history, they also made the Guinness Book of World Records as the “World’s Heaviest Twins”.

At his heaviest, Benny was 814 lbs on his own, and together they weighed around 1500 lbs.

During their professional wrestling career in the 70s, the McGuire Twins wrestled all over the United States in several territories, as well as Canada & Japan.

They were also famous for riding on their Honda motorcycles, which they were referenced for in many different TV shows & movies over the years.