WWE made the latest round of budget cuts due to the Coronavirus pandemic this week. Several backstage employees including producers and writers were released by the company. No wrestler was released in this round though.

WWE Women’s Tag Team Champion Nia Jax wishes that Velveteen Dream from NXT would be released in this round of budget cuts.

A fan quoted a report regarding the latest budget cuts happening on Thursday with the following caption:

Jax liked the tweet to show support for it.

You can view a screenshot of it below: 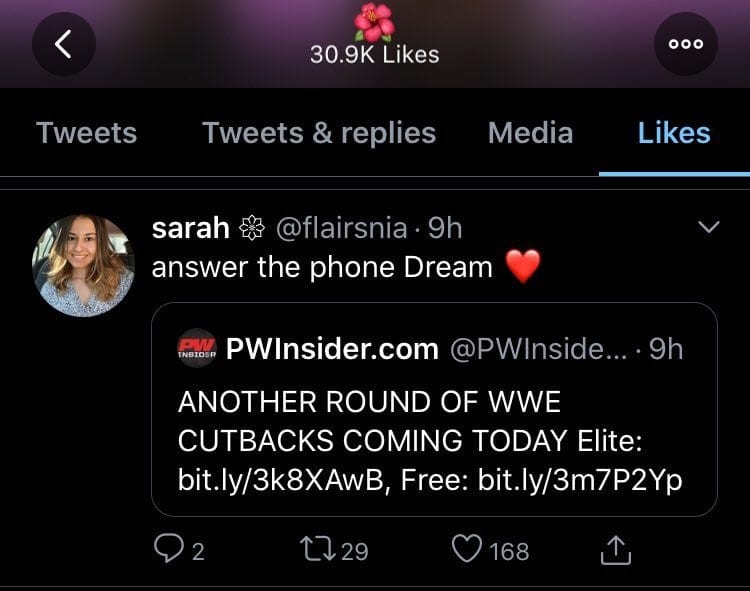 This is not the first time that Nia Jax has shown support for the #FireVelveteenDream trend, as she’s done it on Instagram before as well.