This episode was broadcasted from the Von Braun Civic Center in Huntsville, Alabama and featured matches, interviews & storyline segments on the road to the ‘WWE Unforgiven 2003’ PPV.

As always, many fans didn’t appreciate an appearance from Dream as they consider him a pedophile.

After the match, Dream posted a tweet, which appears to mock the “#FireVelveteenDream” trend on Twitter. He put a fire emoji beside the word “DREAM”, which many fans saw as a way of him mocking the trend.

“Was On
Fuego (means Fire in Spanish/
Miss U Mauro)
2Nite!!

You can see the screenshot of the tweet below, as it has been deleted now. 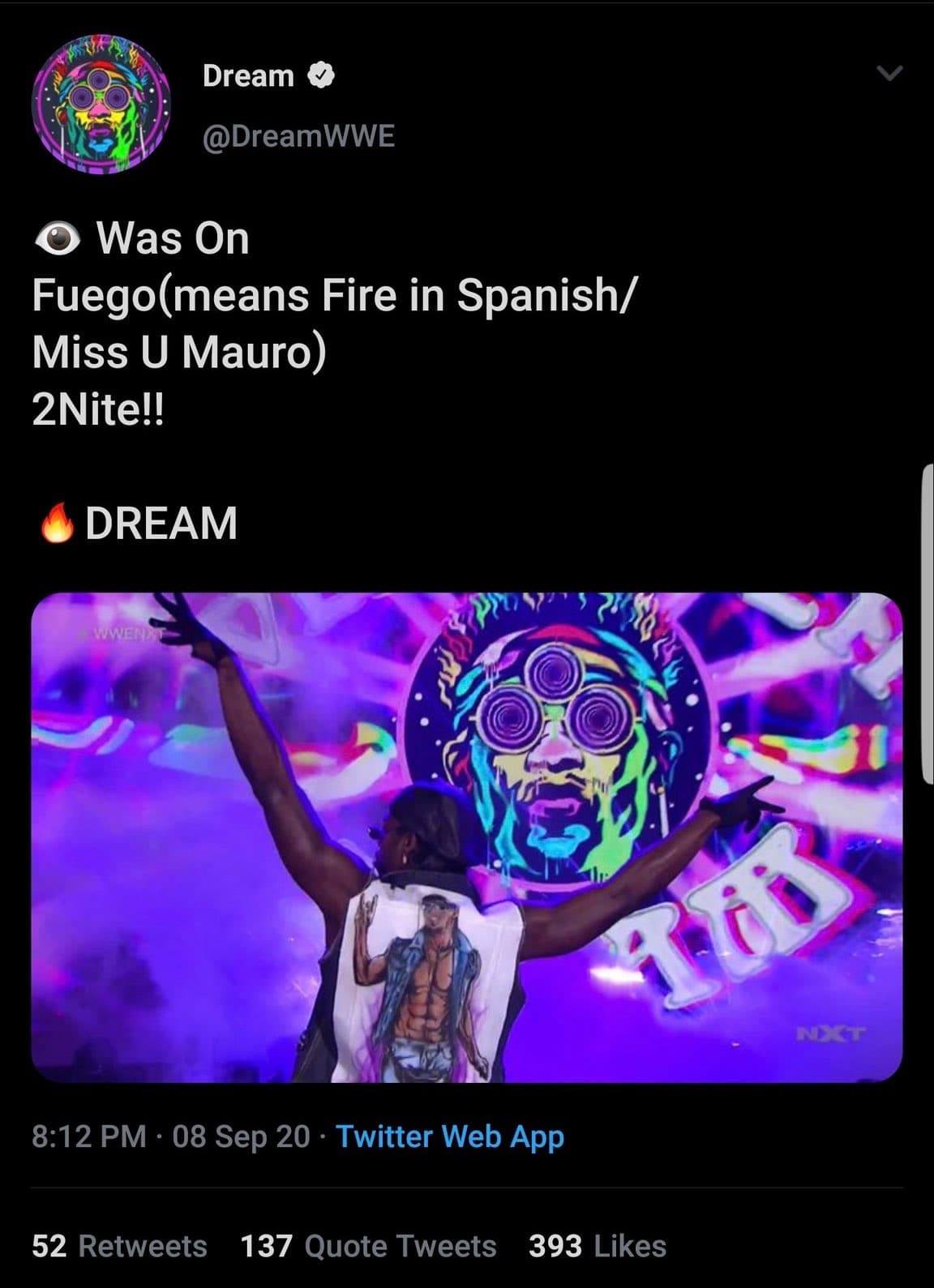