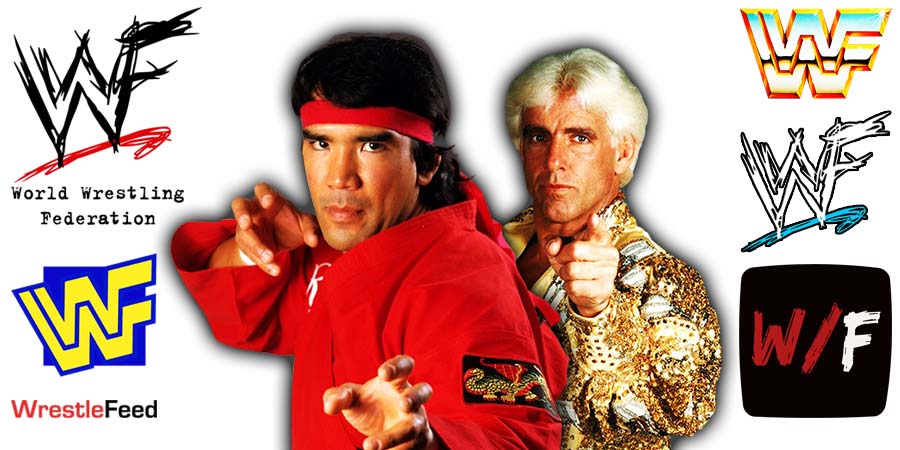 2-Time WWE Hall Of Famer “The Nature Boy” Ric Flair (age 73) will be having the final match of his legendary professional wrestling career on July 31st.

During a Highspots Superstore signing last month, WWE Hall Of Famer Rick Steamboat confirmed the rumors that he was offered to be in this match, but he declined it.

“Well, I was approached and [had] given it some serious thought. A lot of respect to the guy in the ring. I thought about it for a week and just recently declined on it.

I know when I wrestled (Chris) Jericho at WrestleMania 25, then we had the return match at Backlash in a singles (match), but at 69, and I know it’s a 6-man tag and I could get a little this and that in, but with all due respect to our fans, I want them to remember me that last time I was in there with Jericho when they chanted ‘You still got it’.

In an update on this situation, Fightful Select is reporting that Steamboat was actually interested in wrestling at this event, but he was asking for a lot of money:

“Steamboat’s asking price was ‘extremely high’ from what we understand, though he had interest in doing the match.

Those that we spoke to said that Steamboat did meet and discuss the possibility of the match and was open to competing, but terms could not be met.”