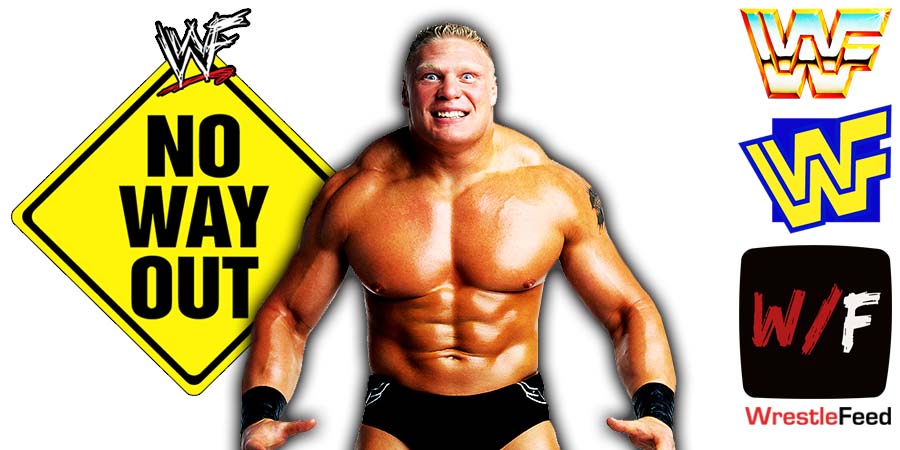 During the match, Bobby Lashley was taken to the back due to a concussion angle (in reality, he had a shoulder injury).

In the end, the final two pods left to open were Brock’s & Bobby’s. Bobby’s pod opened first, but he had already left the match.

According to PWInsider, Lesnar then went off-script and wasted no time in entering the match:

“Brock Lesnar smashed through a legitimate Elimination Chamber door to enter the EC match and we are told that was not a planned spot. That is one scary man.”

According to the Wrestling Observer, Lesnar went off-script because he thought opening Lashley’s pod first was a mistake, because they were already low on time:

“At the 9:20 mark of the match, the idea was that Lashley’s pod would be opened since it was his time, but he wasn’t there. Lesnar obviously knew Lashley was going to be taken out and not in the match.

But he didn’t know they were going to signal for Lashley’s pod to open and it not be Lesnar’s, as he figured he was next.

He also knew that they were running low on time and had a hard out when the show had to be over.

Lesnar thought it was a mistake and that his pod was supposed to open, so he physically broke out of it and then destroyed everyone.”

Also Read: “Him and I would just m*rder each other” – AEW Star On A Match Against Brock Lesnar

This episode featured pre-taped matches & storyline segments on the road to the ‘WCW WrestleWar 1990’ PPV, that happened later on the same day.