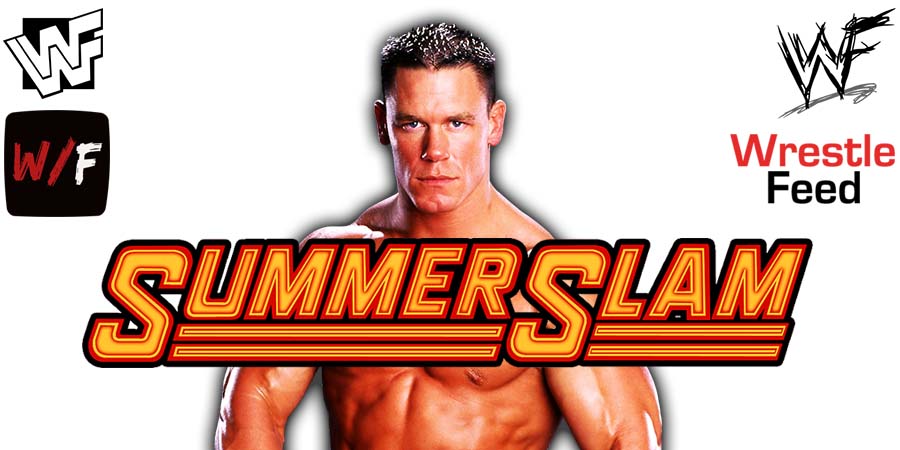 • Reason Behind John Cena Not Wrestling At SummerSlam 2022

During his appearance, he was confronted backstage by Theory.

There were reports that WWE is planning to do Cena vs. Theory and even Cena teased it multiple times.

Word going on was that this match would take place at SummerSlam 2022, but that’s not going to happen.

According to the Wrestling Observer, Cena is busy filming Peacemaker 2 right now:

Apparently, he’s filming Peacemaker and that’s why he can’t do SummerSlam.”

Instead of facing Cena, Theory is going to face Bobby Lashley in a rematch for the United States Championship at SummerSlam 2022.

On this day in Pro Wrestling history on July 13, 1997, Ted Turner’s World Championship Wrestling aired ‘WCW Bash at the Beach 1997’ LIVE on PPV from the Ocean Center in Daytona Beach, Florida.

The Steiner Brothers defeated The Great Muta and Masahiro Chono