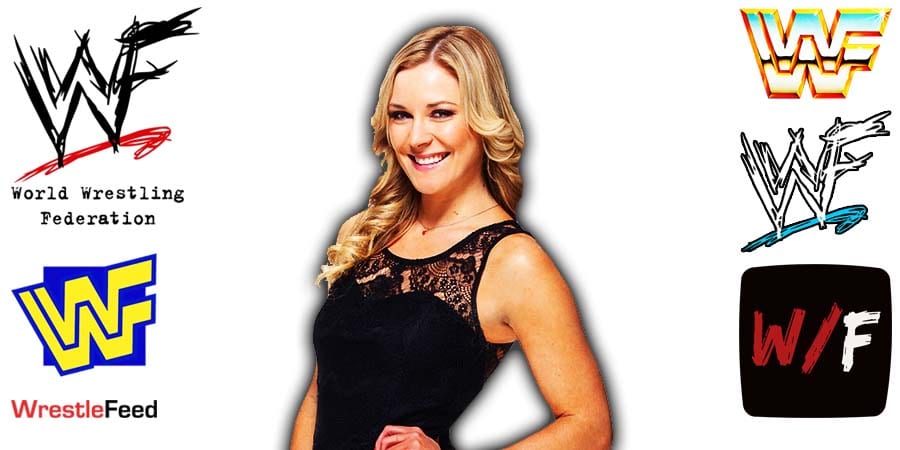 • Renee Young On Wanting To Return To Pro-Wrestling

On if she wants to return to pro-wrestling:

“I honestly don’t know. I feel like that is a question that came up.

You know, I’ve been gone from WWE for about a year and a half now, and in that time, I had a baby, we’ve moved, there’s been so much going on.

I’m busy with the podcast, I’ve got a SiriusXM show as well, working with NHL Network, so I’ve been really busy. But that doesn’t mean that I’m not open to the opportunity of working with another wrestling company. Just depends on what the situation was, who it was.

I love wrestling so it’s one of those things that I always want to be around it and I miss it, I really do miss it.

You know, I’ll get to go to shows with Jon sometimes and it really makes me miss it, just like being around the ring and being around all the wrestlers. It kind of strikes that chord with me.”

On who has stepped up in her role in WWE since her departure:

“I think it’s definitely Kayla Braxton. I’m a huge fan of hers, I think she’s awesome. I’ve always been a fan of Kayla’s even when I was still working with WWE.

She was somebody that I loved to be able to step in there and be an ear, kind of lend some advice whenever she needed it, which honestly was not really that often because she knows what she’s doing. But I love seeing her have this opportunity.

What she’s done with The Bump, the moments she’s had on Talking Smack and RAW Talk, even her moments with Paul Heyman — I love that she’s been able to carry on having those moments with Paul Heyman because I know that those were some of my favorite moments when I was working with WWE, was being able to have those certain personalities or certain WWE Superstars that you have that kind of rapport with. It makes our job a lot more fun.

So it’s cool to see her and Heyman get to do that and kind of poke and prod each other all the time.”

Also Read: “You talk sh*t about my husband, that bothers me more” – Renee Young On Bubba Ray Dudley’s Comments

– Too Cold Scorpio vs. Shanghi Pierce

– Johnny B. Badd vs. Mustafa Saied

– The Barbarian vs. Rip Rogers