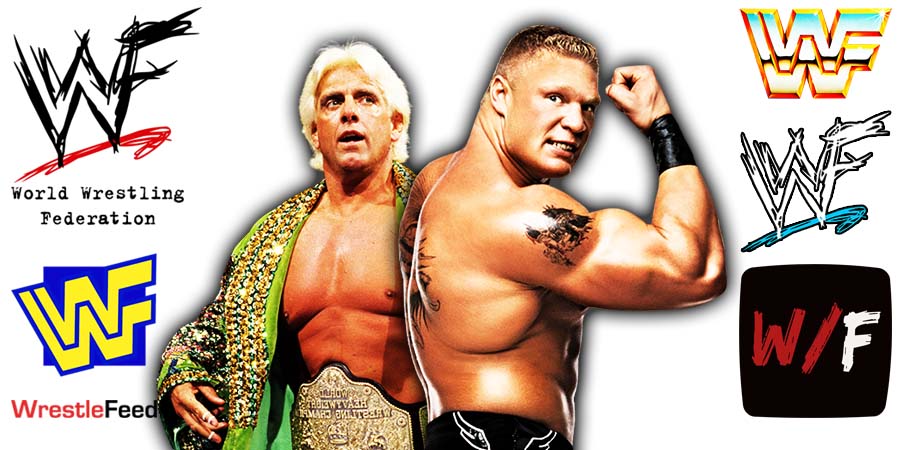 WWE Champion Brock Lesnar is a babyface right now and he’s showing a side of him that he has never showed before, and the fans are loving every minute of it.

On his podcast, 2-time WWE Hall Of Famer Ric Flair talked about Lesnar’s promo from this week’s RAW and had the following to say:

“Legitimately solid promo. Oozes confidence which we all know he has a lot of that.

Yes [he is a good babyface]. Let me put it this way for you to understand, a good babyface never goes out and promises something he is unable to deliver.

You go out there and predict something, nobody predicts anything – you say what you think, you let the people draw their conclusion. He is so powerful right now as a babyface.

He may be – if he works full-time and elected to spend more time – I do genuinely believe that Lesnar could be at the same level in another year, if he stays like he is now, like Steve [Austin] as far as being ‘over’.”

Lesnar will face Universal Champion Roman Reigns in the main event of WrestleMania 38 – Night 2, with both the WWE Title & the Universal Title on the line in a Unification Match.

This episode was pre-taped at the San Jose State Event Center in San Jose, California and featured matches, promos & storyline segments on the road to the ‘WWF WrestleMania IX’ PPV.