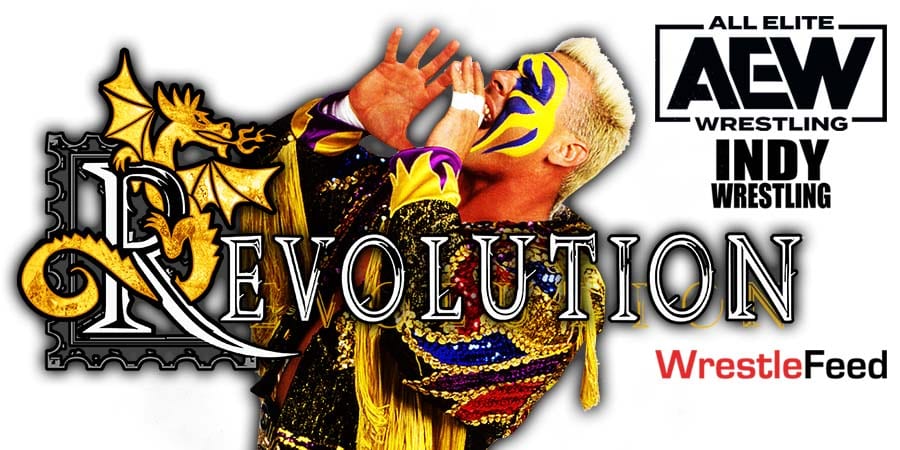 Revolution 2021 was AEW’s first pay-per-view of the year and it featured an Exploding Barbed Wire Deathmatch, Sting’s first official match in over 5 years, Christian Cage being revealed as the “Hall of Fame worthy” mystery signing & more.

According to the Wrestling Observer, AEW Revolution 2021 pay-per-view grossed over $6 million, and this number could reach $7 million once everything is added up. AEW will get 50% of this and the rest will go to their distribution partners.

This means that Revolution 2021 has been the most successful PPV in AEW history till date and the best selling non-WWE PPV since 1999.

AEW Double Or Nothing 2020 was the most bought AEW PPV ever with 120,000 buys, but AEW Revolution has surpassed that (final numbers aren’t out yet).

B/R Live buys for Revolution were up more than 50% from last year’s Full Gear PPV in November. International buys also increased by 20-40%.

The highlight of this pay-per-view event was without a doubt the Barbed Wire Steel Cage main event between WCW World Heavyweight Champion Hollywood Hogan and “The Nature Boy” Ric Flair.