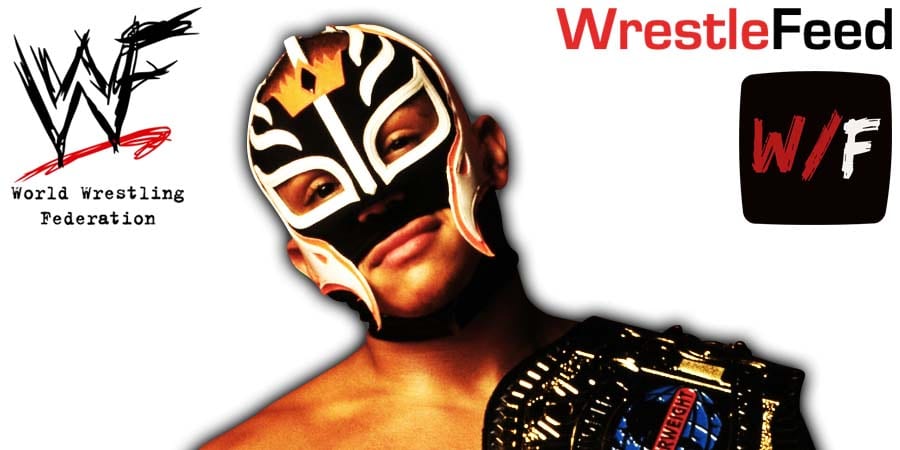 His major announcement was about an animated series titled “Rey Mysterio vs. La Oscuridad”, which will air on Cartoon Network Latin America.

You can read the press release below:

“We are very excited to be able to share with Cartoon Network and Rey Mysterio fans more details and color of this incredible production made in Mexico,” Jaime Jiménez Rión, Vice President of Content and Original Production, WarnerMedia Kids & Family, Latin America, said. “We are confident that you will enjoy the surprises we have in store and that the show will meet all your expectations.”

To have an action-comedy series on Cartoon Network is a dream come true,” noted ¡Viva Calavera! founders The Skull Brothers. “That it puts Mexico and Lucha Libre at the center is even more, but that it has as its protagonist Rey Mysterio, whom we have admired since we were children, is simply indescribable. We believe that fans will greatly appreciate this new series, the result of the work and passion of so many people.”

It was pre-taped in Greenville, South Carolina and featured matches, interviews & storyline segments on the road to the ‘WWE Armageddon 2004’ PPV.

– The Big Show vs. Mark Jindrak