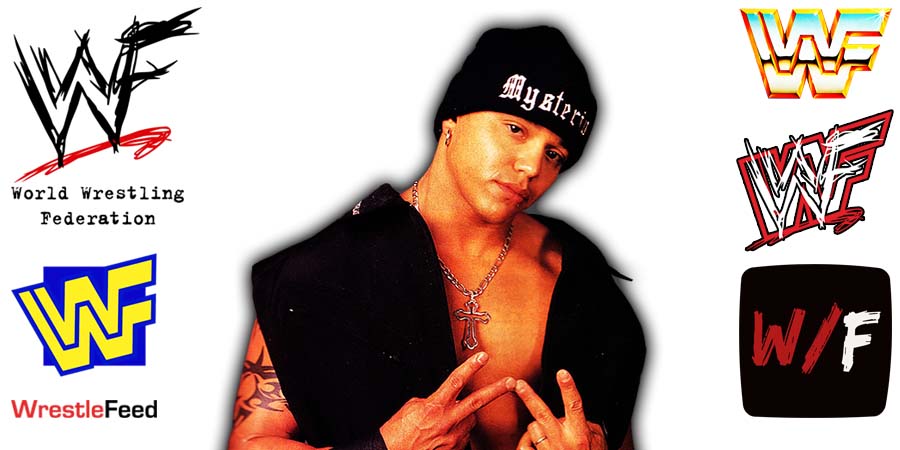 During a recent interview with Bleacher Report, former WWE Champion Rey Mysterio revealed that Vince McMahon requested him to bring back his masked look for his WWE debut in 2002.

“It was actually WWE who brought that up, or in this case, Vince McMahon. I was doing my training a week prior to my debut and I was in OVW. I forgot who approached me at the time, but they said, ‘The company wants to know what type of ring attire you’re going to use for next week.’ I said, ‘What I’ve been using.’

I was using the Scott Steiner, Big Poppa Pump chain around the head, like a gladiator chain, and a vest that went along with it. Baggy pants. They were like, ‘Where’s the mask?’ I said, ‘I haven’t been wrestling with the mask.’ ‘No, no, no. Vince wants to see you with the mask.’

I was like, ‘Oh, OK. Thank God you told me now. Now I have to have an outfit made with the mask.’ That’s when I changed my whole gear. Back in WCW, I was using the old-school tights where they stuck to my leg.

When I started with WWE, I started wearing the baggy pants, which were very similar to what I was using prior to WWE when I was unmasked, and I added the mask to it. It became historical at that point because that’s where Rey Mysterio really kicked off and put on the map in WWE.”

On this day in 2014, we lost Old School NWA President Bob Geigel (Robert Frederick Geigel) at the age of 90, after suffering from Alzheimer’s disease.

Bob Geigel is most famously remembered for his time as the President of the National Wrestling Alliance between 1978 and 1987.