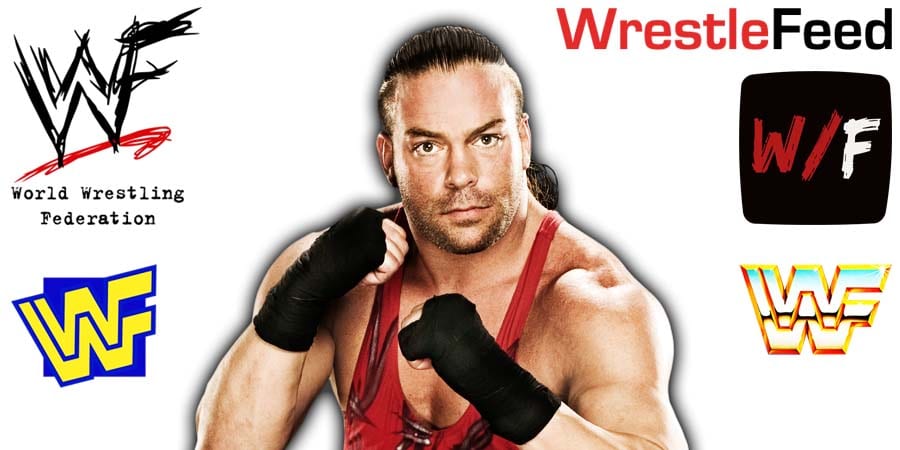 Former WWE Champion Rob Van Dam, and his girlfriend, Katie Forbes, have left IMPACT Wrestling, according to a report from PWInsider.

Van Dam and Forbes left the company because their latest storylines ended recently. It was also noted that RVD didn’t sign any contract with IMPACT for a while, and had been working on a series of short term agreements.

It’s unknown where RVD will head next, but it doesn’t seem like he’ll be wrestling for too long, as we noted before that he said that he doesn’t have the passion left to be a pro-wrestler anymore.

He has been working on some projects with WWE for a while, but they haven’t been made public yet.

It was broadcasted from the Civic Arena in Pittsburgh, Pennsylvania and featured pre-taped matches & storyline segments on the road to the ‘WWF No Mercy 2000’ PPV.