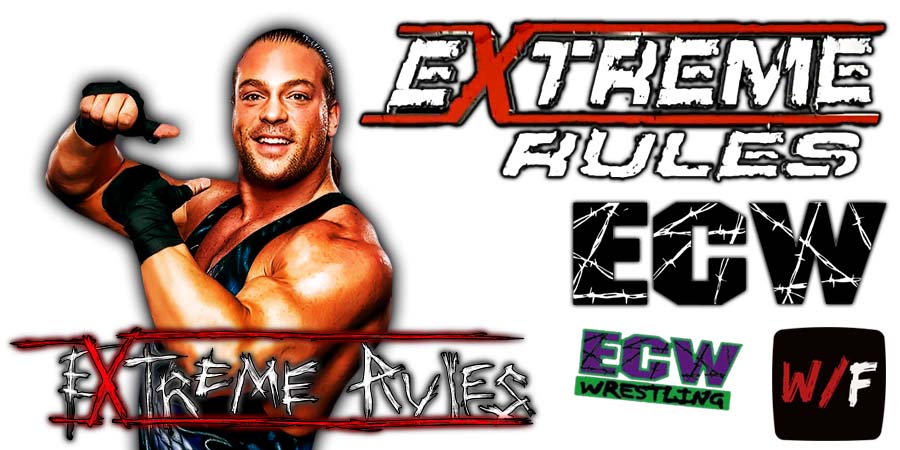 Rollins lost to Riddle via submission.

Seth paid tribute to WWE Hall Of Famer Rob Van Dam during this match, with his gear and performing a Frog Splash after doing the “Rob…Van…Dam” taunt with his hands, but by saying “Seth…Freakin’…Rollins”.

RVD tweeted the following about it:

When fans asked RVD about an in-ring comeback in WWE, a fan tweeted:

“Legally I don’t think they can. He’s blind from one eye and because of that the WWE wouldn’t be able to let him in the ring.”

This led to RVD replying:

Where do idiots get this sh*t from?”

Back in 2016, RVD revealed that concussions led to him having vision problems like double vision and inability to see properly with both eyes open.

This resulted in him being medically disqualified from wrestling in WWE. This information was revealed through documents obtained as part of his divorce proceedings.

Rob Van Dam still wrestles on the indy scene every now & then.