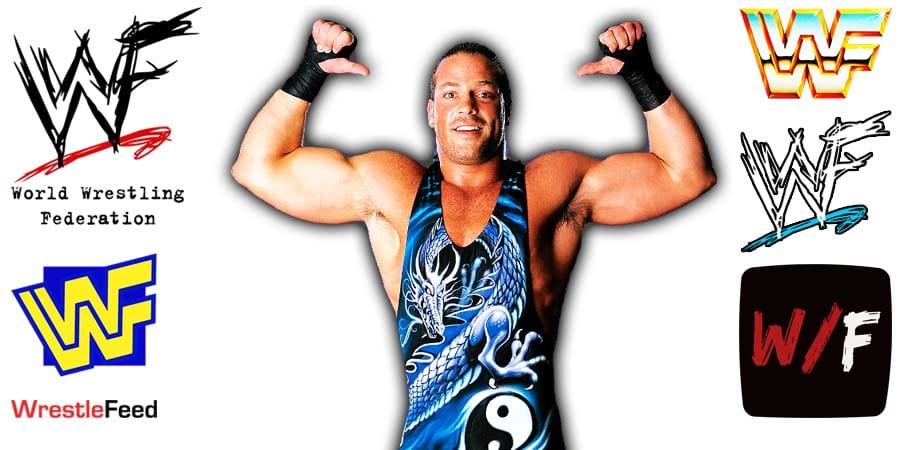 During an interview at WrestleVerse, WWE Hall Of Famer Rob Van Dam was asked which wrestler (from WWE, AEW or IMPACT Wrestling) he’d like to face in his last match.

“Bobby Lashley. I have been in the ring with him before and he is in a very, very good position right now.”

Lashley is currently the WWE United States Champion. He’s scheduled to defend his Title against AJ Styles this Monday night on RAW.

The All Mighty is having the best run of his career right now. He won the WWE Championship for the second time earlier this year, when he defeated Brock Lesnar (with help from Roman Reigns) at Royal Rumble 2022.

RVD wrestled his last WWE match back in 2014, where he defeated Seth Rollins via count-out on an episode of WWE Main Event.

Below is recent footage of RVD in action:

He held the World Wrestling Federation World Heavyweight Championship from February 1978 until he lost it to The Iron Sheik in December 1983.

In 1979, Inoki won the Title from Backlund in Japan for a week, but this reign is not recognized by the now renamed WWE, which still lists Backlund’s title reign as being uninterrupted.

In 1994, Backlund reinvented himself when he turned heel and started to portray some sort of maniac character.

Bob became the WWF World Heavyweight Champion again, when he defeated Bret “The Hitman” Hart in a submission match at the Survivor Series 1994 PPV.

In 2013, he was inducted into the WWE Hall of Fame by his good friend, entertainment reporter Maria Menounos.