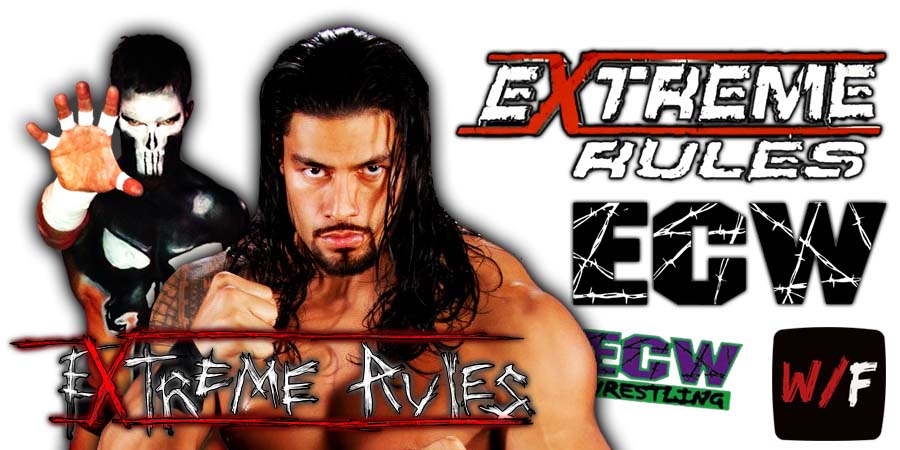 In the main event of tonight’s Extreme Rules 2021 pay-per-view, Roman Reigns defeated “The Demon” Finn Balor in an Extreme Rules Match to retain the Universal Championship.

During the ending moments of the match, The Demon’s music hit and he got fired up. He was on the top rope and about to hit his finisher on Roman, but the top rope broke due to a “malfunction” and Balor hurt his knee.

Roman then hit him with a Spear and pinned him to retain the Universal Championship!

Roman tweeted the following after the match:

Here’s what Sasha tweeted about her return:

“They asked for the GOAT so I came through.”

They asked for the GOAT so I came through. pic.twitter.com/dykAb0jcET

Tap here to read the complete results from Extreme Rules 2021.

Too Much vs. Suicide Kid & Christopher Daniels