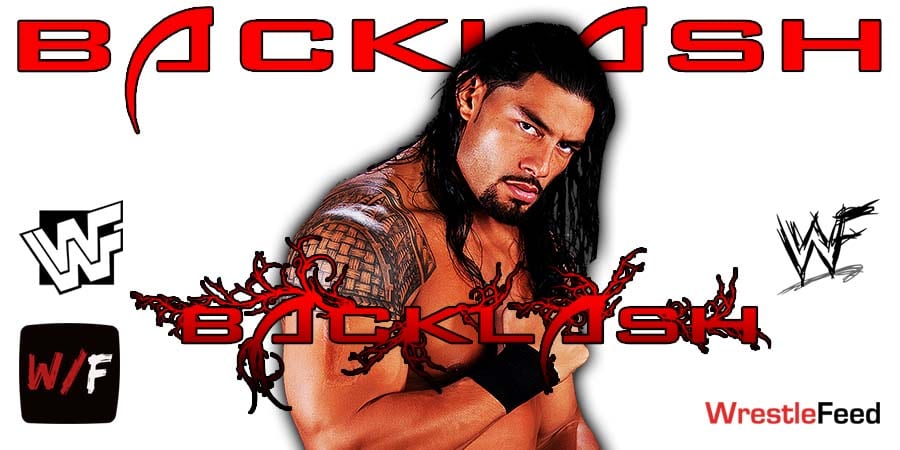 After his victory in the main event of WrestleMania Backlash, Universal Champion Roman Reigns posted a video from his gym earlier today, where he addressed Cesaro and Jimmy Uso.

“Show up and win. Show up and win. That’s what I did. It’s because of moments like right now, I’m already putting in the work. I’m special, man. I’m the best generational talent, I’m that transcendent landmark where the old school meets the new school, you know what I’m saying?

And I told y’all, like the majority of my opponents, I respected that man Cesaro. I respect that man. I said he’s one of the greatest wrestlers, in-ring wrestlers, in the whole world. So what did I do? I beat him at his own game.

We live in a world of negativity, of haters. They ain’t ever bothered me, they’re never a problem for me, but they are a problem for my opponents. Cesaro might’ve had a chance last night if my own blood wasn’t hating on me, wasn’t doubting me.

It’s all motivation to me, and you get it all the time, and it motivates you to do the work, but when it’s within your bloodline, within your family, it hits way harder, and I had to go out there and I had to show ’em.

So Jimmy, Jim. Don’t text me, don’t call me, don’t FaceTime me, don’t tell your brother to text me, don’t hit me up on the group chat. We’re going to have to talk about this one, but we’re going to do it on my show. Friday night, my SmackDown. Have a good week, Uce. I’ll see you in a few.”

Cesaro tweeted “So close” after loss to Reigns, and Reigns taunted him by replying “…but so very, very far. #BackOfTheLine #AndStill”.

– The Mountie vs. Kerry Davis

– The Brooklyn Brawler vs. Mark Kay

– The Bushwhackers vs. The Beverly Brothers