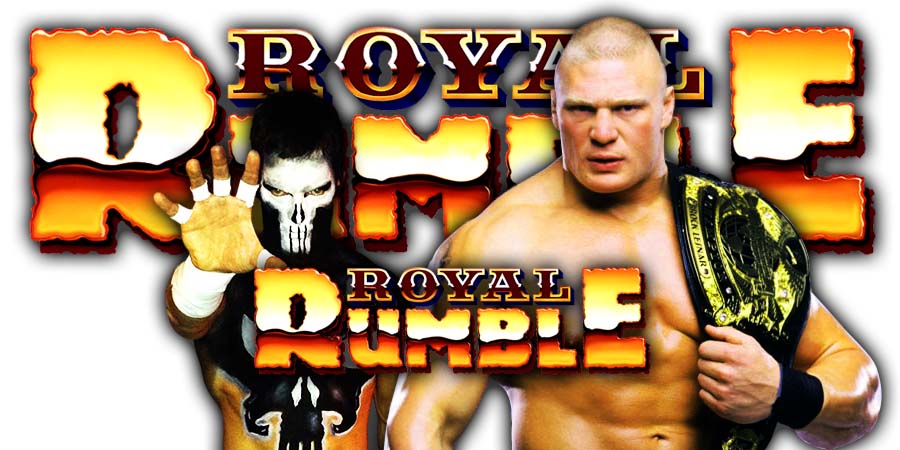 Below is the Tale of the Tape for this match: 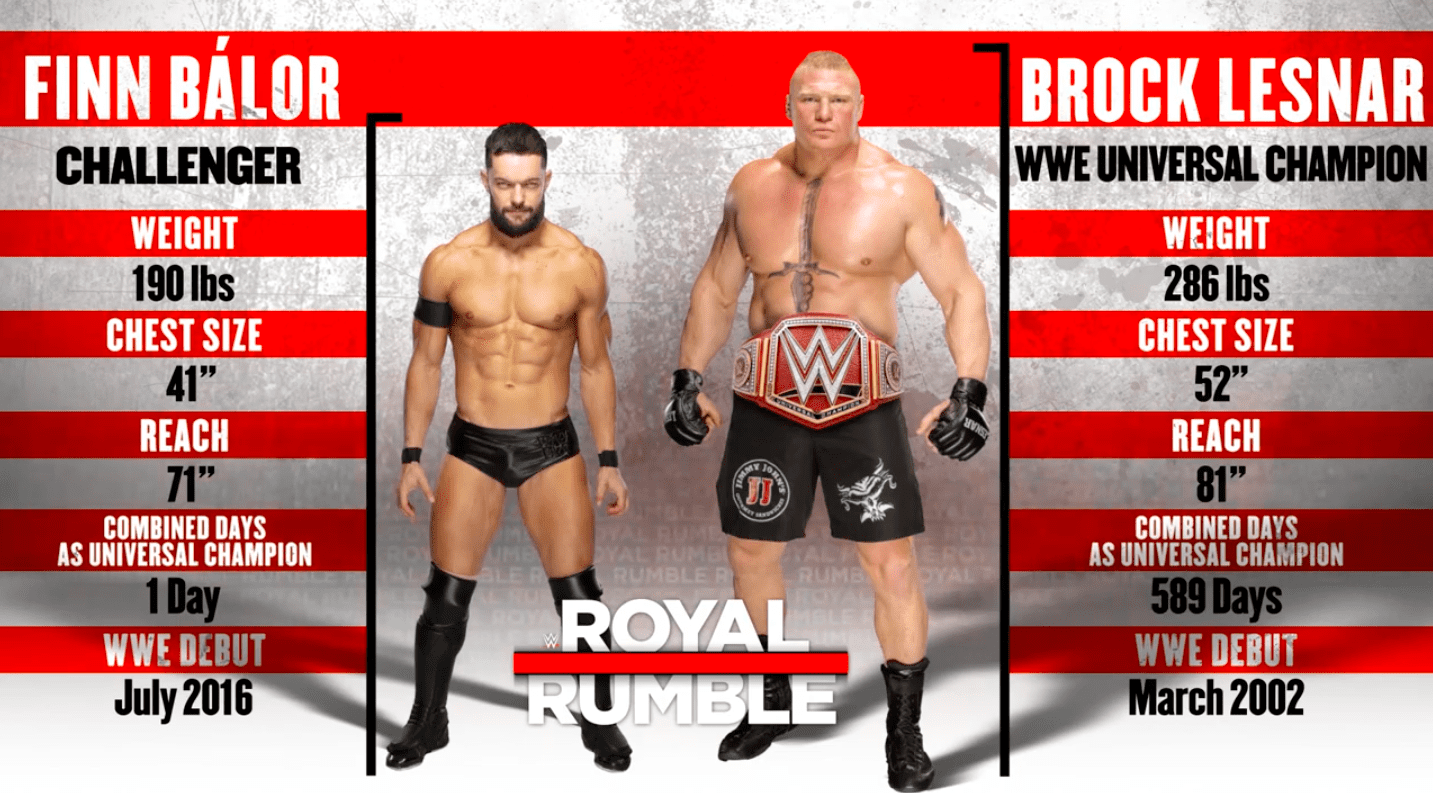 The match begins and Brock was distracted and Balor nails a dropkick. Balor just fires shots on Lesnar.

If you're going to try to beat THE BEAST, this is how you do it!#RoyalRumble @FinnBalor pic.twitter.com/31iBoMnL2T

Balor goes for a Slingblade, but Lesnar catches him and nails a Belly To Belly Overhead Suplex and sends Balor out of the ring!

Lesnar hits another Belly To Belly on the floor outside! Lesnar is clearing the announce table.

Balor pushes Lesnar into the exposed corner of the announce table twice and Lesnar hurt his stomach.

The action returns into the ring and Lesnar throws Balor into the corner. Lesnar nails another suplex, but Lesnar’s stomach is hurting.

Lesnar attacks Balor in the corner and nails another Belly to Belly overhead suplex.

Balor comes back into the match as he hits a Slingblade. Balor goes for a corner dropkick, but Lesnar lays him out with a vicious clothesline!

Lesnar’s abdomen is hurting badly as he dropped to one knee. Brock lifts Balor up for a Suplex, but drops him as he’s hurting badly.

Lesnar goes for an F5, but Balor counters and hits a DDT. Balor goes for a cover, but Lesnar kicks out!

Lesnar leaves the ring and Balor jumps on him from over the top rope thrice!

Another one! @FinnBalor #RoyalRumble pic.twitter.com/6hzlNTkRl4

Lesnar enters the ring and Balor hits a corner dropkick. Balor is going for his finisher and hits it. Balor goes for the cover, but Lesnar kicks out and locks in the Kimura Lock and Balor taps out!

Lesnar attacked Balor after the match and nailed three German Suplexes. Lesnar then ended things with an F5 (which he couldn’t hit earlier in the match).