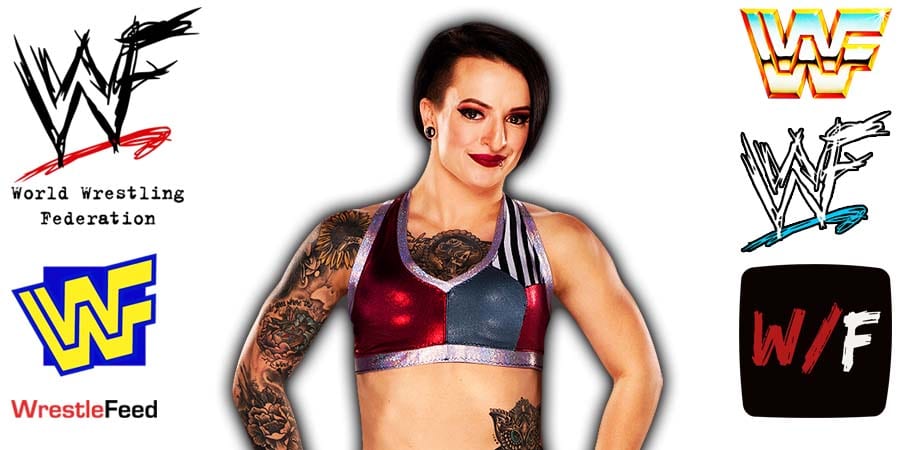 • Ruby Riott Issues Statement On Her Release From WWE

After her release from WWE yesterday, Ruby Riott issued the following statement on Instagram today:

I’ve never been good at this sort of stuff. Yesterday in a matter of minutes, my life changed very drastically. But after some tears, some panic and a full box of Oreos, I was able look back at how lucky I’ve been to accomplish what I have.

I never thought I’d make it to WWE. I’ve been honored to be apart of a Squad of the most incredible women I’ve ever met, I’ve gotten to see the world, share locker rooms with some of the most talented women I know, some of which I’ve made lifelong friendships with.

I’ve gotten to meet fans that were just like me, introverted kids, who never quite felt like they fit in. And between the locker room and those fans, I felt like I belonged and I’m so grateful for that feeling.

With that, I am overwhelmed by the amount of calls/texts/tweets and support that I have received from former coworkers, friends, family and fans. Thank you so much for the kind words. You’ll never know how much it helped.

As for what’s next….in the beginning “Heidi Lovelace” was given to me, at the end “Ruby Riott” was taken away. So I don’t know what I’ll be called or where I’ll end up. But please know this is far from over. Thank you.”

Here’s what current & former WWE wrestlers commented under her post:

Natalya: I love you so much ❤️

Carmella: So lucky to know you. You’re one of the most amazing humans I’ve ever met with the kindest soul. I have no doubt you’re going to do great things. Eternally grateful for our time together. 💕

Dana Brooke: Rubbbsssteerrr! 😢 I absolutely adore you! You have impacted my life like I can’t even explain! From our silly voices to our serious talks, to the most amazing times in the ring! I am beyond grateful for YOU! You have a forever friend in me! I love you with all of my heart, you are someone that has touched me in ways you will never know! You are a star, your future is so bright! You now have the opportunity to touch millions of others! ❤️ u forever !!!

“Whoever is lucky enough to get Heidi Lovelace on their roster, you win.”