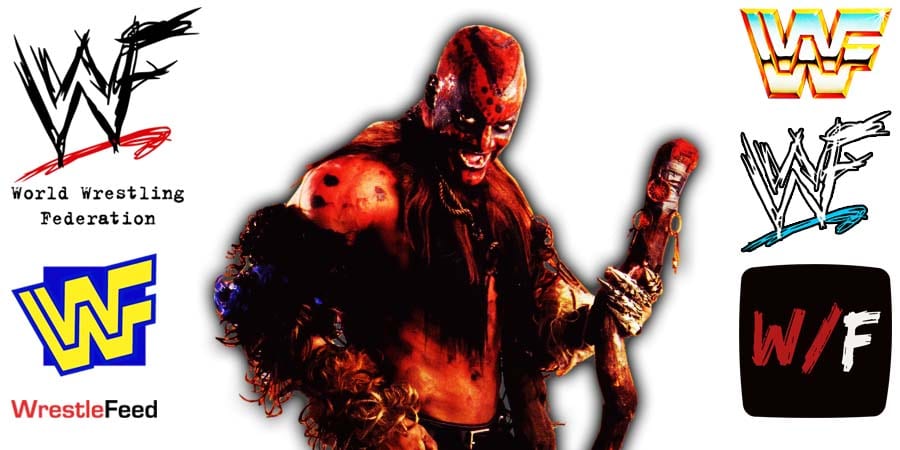 Ruthless Aggression Era Veteran The Boogeyman (age 56) recently tweeted a message to Vince McMahon, in which he looks to return to the WWE for another run with his famous gimmick.

After being cut from Tough Enough for lying about his real age, Marty Wright was sent to OVW where he developed The Boogeyman gimmick and was brought to the SmackDown roster in 2005 to debut the gimmick on WWE TV.

He was released from the company in 2009, but has since made a lot of sporadic WWE appearances, mostly on anniversary shows and such.

“GIVE ME THE BALL VINCE”

Boogeyman then retweeted the following tweets from the fans:

@WWE bring him back now!! This is amazing! Can you imagine The Fiend vs The BoogeyMan!!!

@WWE you NEED to bring back the @realboogey. I need match between him and The Fiend @WWEBrayWyatt.

You and Bray could be the best rivalry in decades

I could definitely imagine a feud between Boogeyman and The Fiend.

Boogeyman vs Bray would be amazing