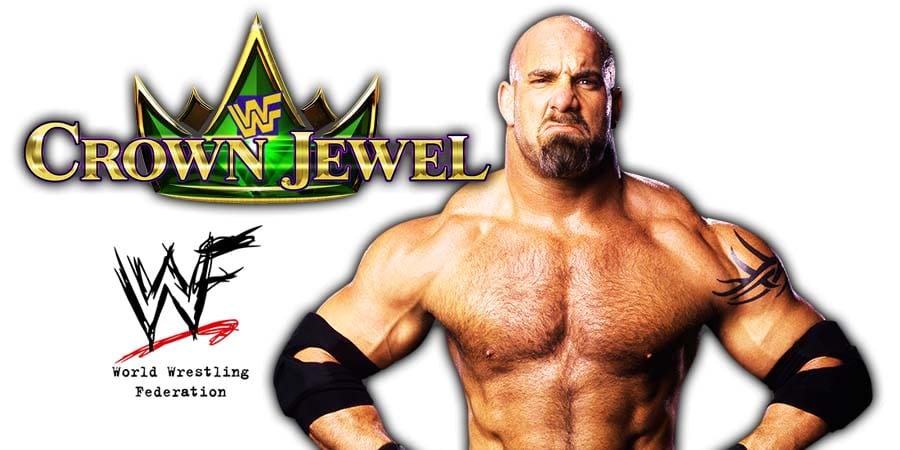 According to Brad Shepard, Saudi Arabia officials have requested WWE to book Goldberg for another Saudi PPV.

This doesn’t come as a surprise because WWE had already discussed plans for more Saudi PPV matches with Goldberg prior to Goldberg’s match with The Undertaker at WWE Super ShowDown 2019.

According to The Dirty Sheets, WWE was said to be “all in” on Goldberg’s return (prior to The Undertaker match) and Goldberg agreed to work three consecutive WWE PPVs in Saudi Arabia for a total amount of $6 million.

Goldberg’s next match in Saudi Arabia would’ve taken place at the October PPV, where he would have teamed up with “The Big Dog” Roman Reigns to take on the team of the “Best In The World” Shane McMahon and a partner of his choosing.

After this, the plan was to book a WWE Championship match between Goldberg & Roman Reigns at the May/June 2020 Saudi Arabia PPV (no word on who was planned to be the WWE Champion heading into this match).

These aren’t the only matches that Goldberg agreed to work. WWE officials planned on doing 3 matches between Goldberg & The Undertaker in 2019 (tap here to know more).

No word yet on if WWE still plans on doing these matches.

Also Read: WWE Could Be Gearing Up For Goldberg vs. Matt Riddle