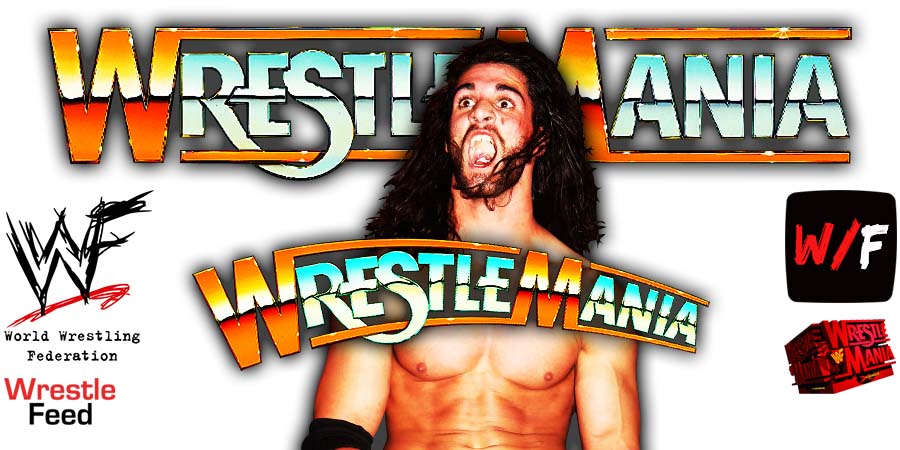 • Seth Rollins Took A Shot At AEW At WrestleMania 38

Cody ended up defeating Seth in his first WWE match in 6 years.

During the match, Seth took a shot at AEW (Cody’s former company) by implying that All Elite Wrestling is the minor leagues when he said:

After his victory over Seth, Cody was interviewed on The Ringer Wrestling Show, where he said the following about his WrestleMania experience and feeling vindicated:

“Long story short, the reason I got into this whole thing was to be like my dad. That specter is so heavy, I veered away from it. To be able to do one jab, and [the fans] knew [it was a tribute to Dusty Rhodes], I just felt such a rush.

I hate when people say [Dusty] must be proud of you. I know they mean well, but he’s not here, and I wish he was here to see it.

I feel such a responsibility to carry the name, and the whole thing finally felt like, ‘you know what? I can do it.’ I am no longer going to be the Ugly Duckling of the family.

I can do it, I can carry the Rhodes name, I can carry it in Texas, on a show featuring Charlotte, Steve Austin, freakin’ Undertaker, and I felt good about it.

Everyone kept asking me all day, ‘what do you expect?’ And of course, I was hoping they’d be happy [with my performance]. I really didn’t want to put any expectations out there. I didn’t even look out there, didn’t walk up the ramp before the show. I didn’t see anything. Coming up on that lift was the first time I saw the grandeur, the Showcase of Immortals, all the things that WrestleMania is.

To go from nowhere on the card, no desire to have me [on the card], to not being prioritized, and that’s no knock on anybody. And to go out on the wilderness, and do everything I could to make noise – change our business of pro wrestling or sports entertainment. I felt like they appreciated it, and I appreciated them.”

This episode was pre-taped in Fayetteville, North Carolina and featured matches, promos & storyline segments on the road to the ‘WWF WrestleMania IX’ PPV.

4. Doink The Clown vs. Dale Wolfe