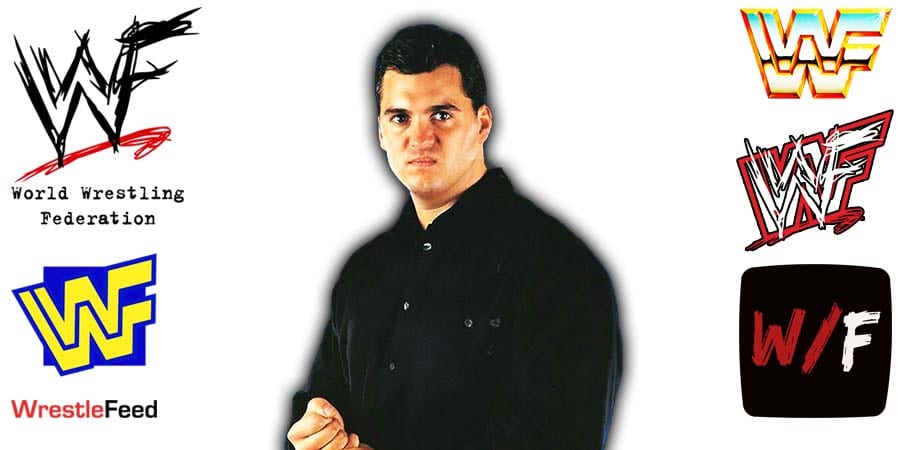 Vince McMahon’s son Shane McMahon first started in the World Wrestling Federation as a referee in 1988 and later became an on-screen character as himself in 1998 during the famous WWF Attitude Era.

In his matches, Shane was always more of a professional stunt-performer than an actual pro-wrestler, but due to his crazy over-the-top bumps, he never failed to entertain the millions of WWF/WWE fans world wide.

In his recent book ‘There’s Just One Problem…: True Tales from the Former, One-Time, 7th Most Powerful Person in WWE’, former WWF/WWE writer Brian Gewirtz described a backstage situation from 2001, where Vince hired his own daughter, Shane’s sister Stephanie McMahon, to work as a sideline reporter for the XFL Football League and Bruce Prichard (fka Brother Love) & Michael ‘PS’ Hayes had to prepare her for that role.

“Before she did her first on camera in the stands, Shane pulled Michael and Bruce aside. ‘I just want you two to know, I love you both like family, but if anyone lays a hand on my sister, I will legitimately kill you’. Just the type of thing you want to hear before leading a famous person into a drunken mob.”

Also Read: Shane McMahon’s Son Reveals If He Plans On Joining WWE As A Wrestler