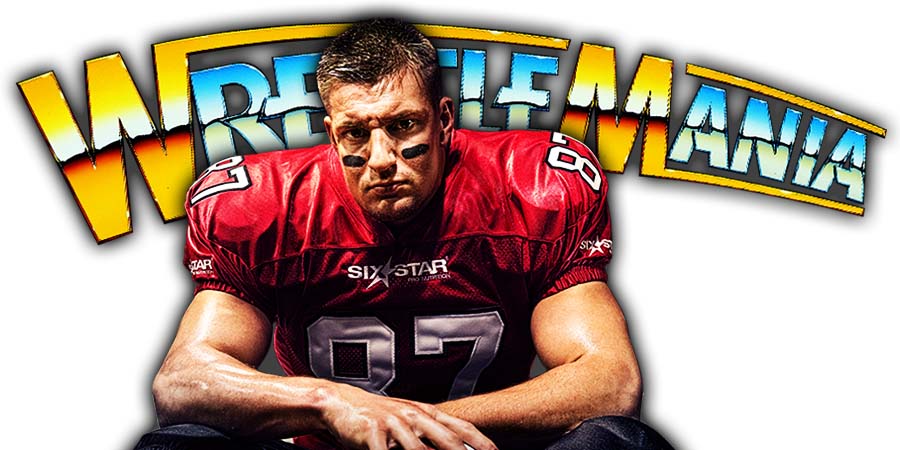 On this day in Pro Wrestling history on April 3, 1999, ECW promoted ‘ECW CyberSlam 1999’ at the ECW Arena in Philadelphia, Pennsylvania.

• Spoiler On What Rob Gronkowski Did At WrestleMania 36

WWE taped WrestleMania 36 last week and it will now air this Saturday and Sunday night.

Rob Gronkowski is the host for WrestleMania 36, but he did something unexpected at the Show of Shows.

According to the Wrestling Observer, Gronkowski got physical at WrestleMania 36:

“The only thing that has been said is that Rob Gronkowski does things that you would not expect him to do. So that makes me think that he’s doing something physical with somebody.”

While this is not confirmed, it only makes sense if he got physical with King Corbin (as Corbin confronted him during his SmackDown debut), as WWE is teasing that Elias might not be cleared to face Corbin in their scheduled match (tap here to read more).