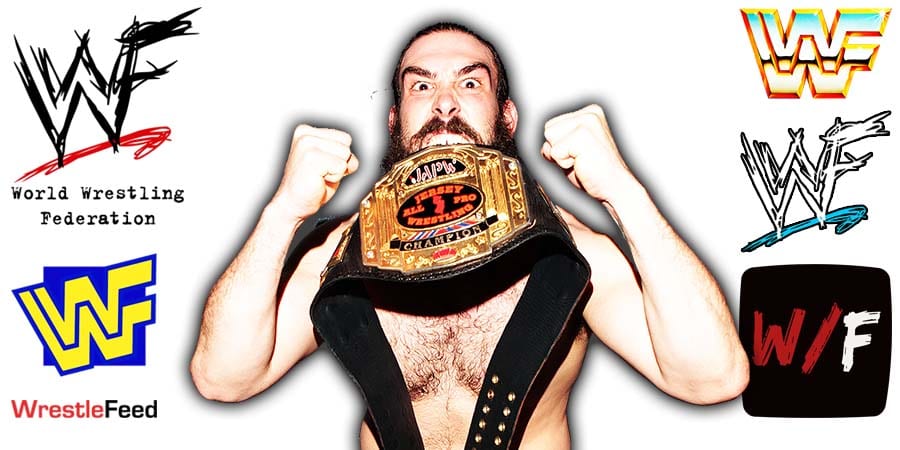 Jon Huber (Luke Harper in WWE and Brodie Lee in AEW) passed away on December 26 at the age of 41 due to double lung failure.

The Wrap asked WWE Hall of Famer Stone Cold Steve Austin to give his thoughts on this unfortunate situation, and here’s what Austin said:

“I just absolutely couldn’t believe it because the guy was a tremendous hand in the business, but he was a sweetheart of a guy.

When he was in WWE, we would talk every now and then on the phone just about his character and what he was doing. And then we stopped talking and he kept going and he finally ended up in AEW. And I didn’t know his real name from his WWE name. And I was like, ‘Holy cow, this guy is so young.’ And then I didn’t know what had happened.

There’s just an absolute tragedy of a guy who everybody in the business absolutely loved and adored. That’s the kind of guy he was. So really, really shocking to me.

I won’t drop his name, but he goes, ‘I’ve never seen anything like it. He wasn’t necessarily in the main event in WWE, but that even speaks to who he was as a person because everybody gravitated towards him and it wasn’t like they had to because he was a top guy. They gravitated toward him because he was a great guy, a really good wrestler, but a fantastic human being.’”

Also Read: More Details On Luke Harper’s Illness, Was Never Healthy Enough To Recover From It

It was taped at the Allstate Arena in Chicago, Illinois and featured matches, interviews & storyline segments on the road to the ‘WWF Royal Rumble 2000’ PPV.