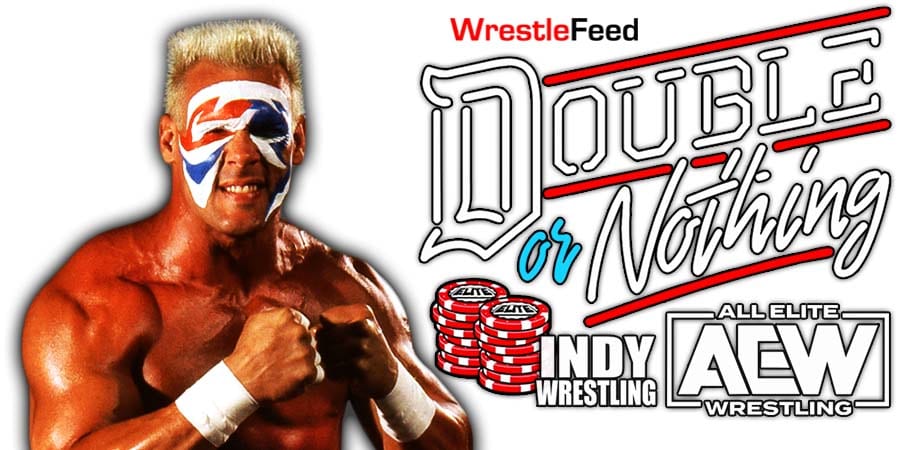 At tonight’s AEW Double Or Nothing 2021 PPV, WWE Hall Of Famer Sting had his first match in the ring after 6 years.

He teamed up with former TNT Champion Darby Allin to defeat the team of Ethan Page & Scorpio Sky.

Sting hit Scorpio with the Scorpion Deathdrop and pinned him to win the match.

During the starting moments of the match, Scorpio Sky suplexed Sting on the entrance ramp, but Sting got up right away and threw Scorpio off the stage.

Sting then removed his top and he was sporting his regular in-ring gear. Sting then jumped off the stage onto Ethan & Scorpio and received a “You Still Got It” chant from the full capacity crowd.

Below are the results from AEW Double Or Nothing 2021 so far: