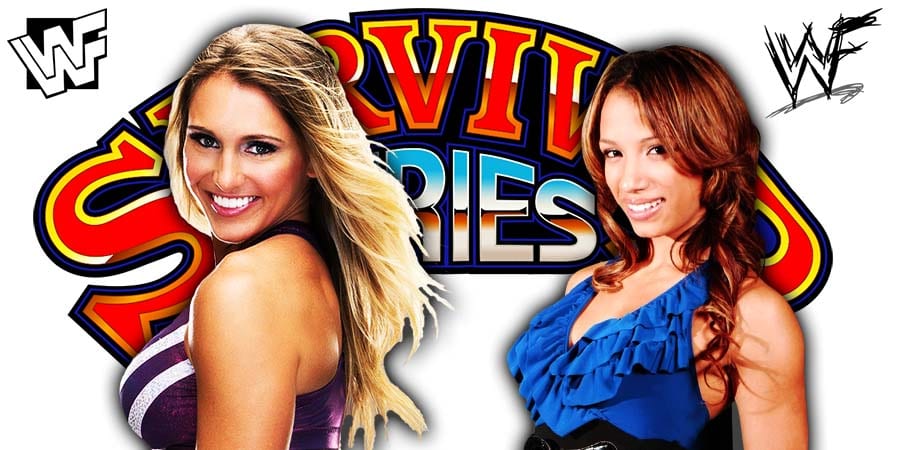 The score between the 3 brands is currently 1-1-1.

In case you were wondering what time it is…

NXT’s Candice LeRae and Io Shirai get injured during the match and they are taken to the back.

Charlotte Flair enters the match next and she tells Bianca to kiss her a$$!

RAW’s Charlotte and Asuka begin fighting after this and Charlotte lays out Asuka.

Asuka spits the mist in Charlotte’s face! Lacey Evans pins Charlotte after this!

They team up again for the Hart Attack to eliminated Bianca!

Sasha turns on Natalya and pins her!

Sasha goes for the Bank Statement on Rhea and Io Shirai & Candice LeRae (who left the match earlier due to injury) come running out and save Rhea.

Io lays out Sasha with a dropkick and Rhea hits her finisher on Sasha to win the match!