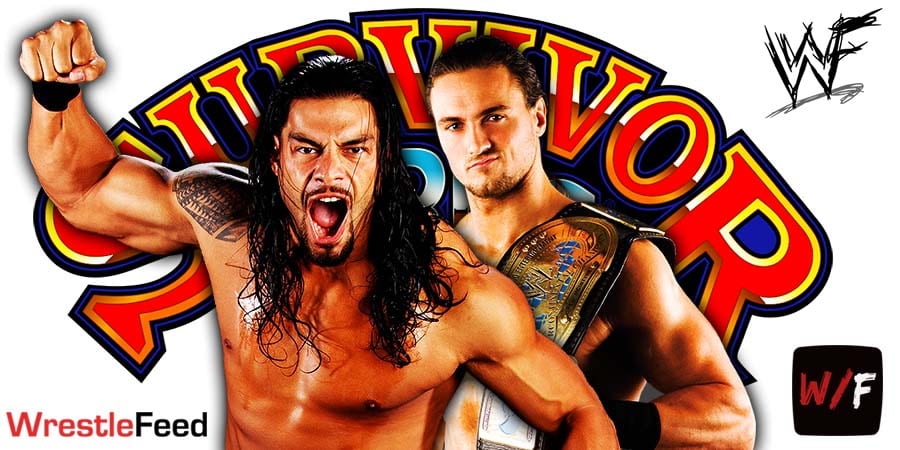 Up next is the main event match of the evening, and its a WWE Champion vs. Universal Champion match.

The result of this match will have no effect on tonight’s battle for brand supremacy, as RAW has already defeated SmackDown with a score of 4-2. 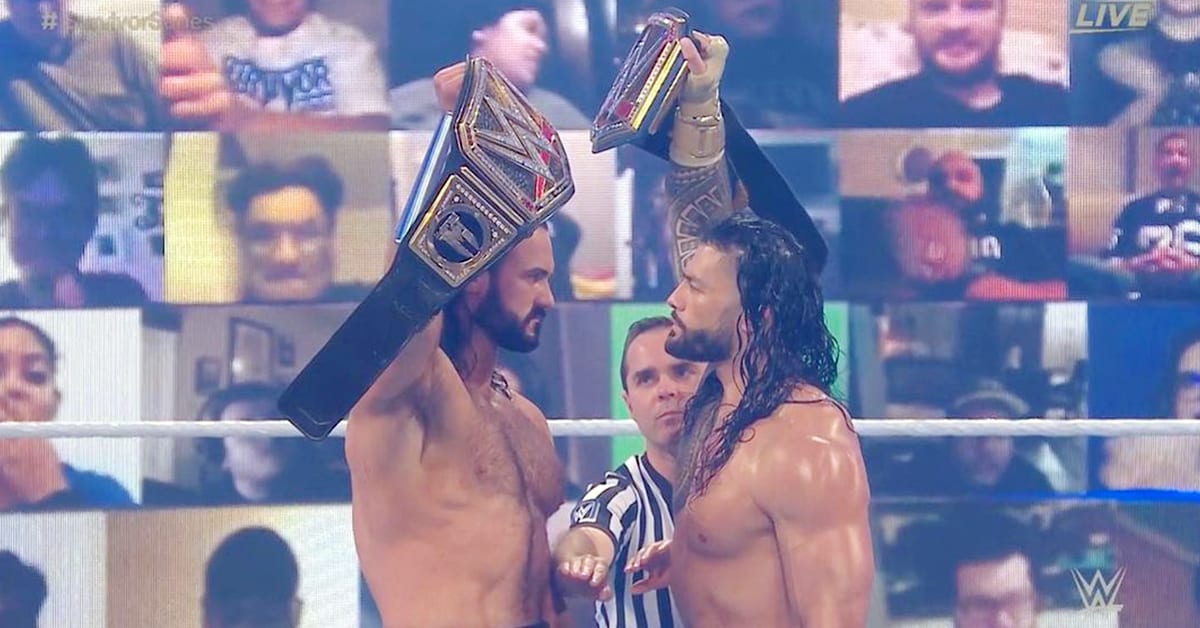 Reigns is dominating McIntyre during the starting moments of the match.

McIntyre is slowly coming back into the match as he’s countering Reigns’ moves.

Reigns & McIntyre exchange boots to faces and Reigns goes for the Superman Punch, but McIntyre counters and hits the Future Shock DDT! McIntyre goes for the cover, but Reigns kicks out.

McIntyre goes for the Claymore Kick, but Reigns delivers a Superman Punch!

Reigns delivers a Spear, but McIntyre counters it into a Kimura Lock! Reigns manages to reach the bottom rope to break the hold.

Drew gets up and Reigns spears McIntyre through the barricade! Reigns quickly takes McIntyre in the ring and goes for the pin, but McIntyre kicks out!

Reigns hits another monstrous spear on McIntyre and goes for the pin, and McIntyre kicks out again!!!

Reigns goes for the Spear, but Drew hits the Claymore Kick and Reigns goes right into the referee!

Jey Uso has come out now to help Reigns. Reigns hits a low blow on Drew and Jey hits the Superkick. Reigns delivers a Superman Punch and locks in the Guillotine Chokehold and Drew passes out.

Roman and Jey hugged after the match.