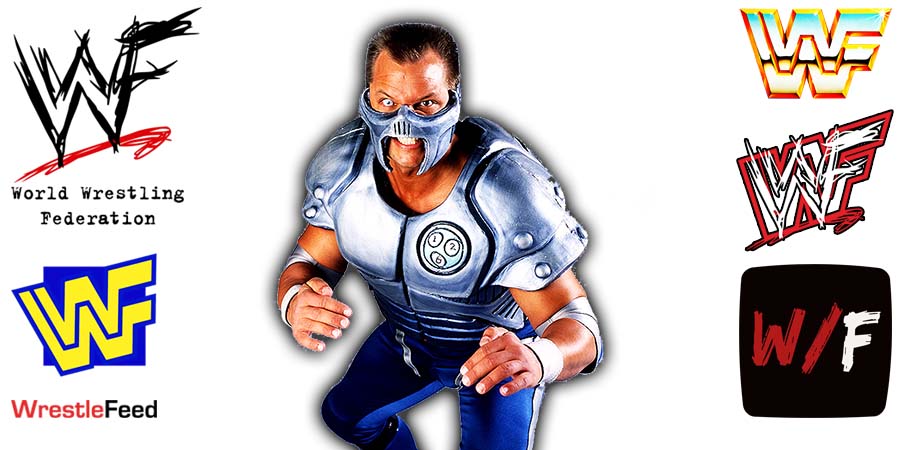 After airing vignettes for several weeks in 1996, Ted Turner’s World Championship Wrestling debuted Glacier, a character based on Sub-Zero of the popular video game Mortal Kombat.

On an episode of his weekly ’83 Weeks’ podcast, Old School WCW Legend Eric Bischoff explained the reasons for creating such a gimmick.

“It’s a Mortal Kombat ripoff, that’s what it was. It’s not that hard to explain or understand, but yes, we had something completely different. It was a complete contrast to the reality that was working so well. But it wasn’t like I wanted our entire show to look like and feel like what we were doing with the nWo, for a couple of reasons.

Number one, not everybody was on board with the nWo idea. It wasn’t everybody’s cup of tea. Even for people who did enjoy the nWo and the reality element to it, they still enjoyed the other styles of presentation that existed in professional wrestling, from the goofy Dungeon of Doom nonsense to, yes, a Mortal Kombat derivative, because wrestling needs to appeal to the widest variety of audience you can.

The Mortal Kombat franchise was a f**king hot property. There was massive licensing and gaming opportunities in that category and Ray and the Mortal Kombat idea was, yes, a direct contrast to the reality that we were trying to integrate into the nWo, into WCW as a whole. But given the same circumstances, if I was somehow transported back, without the benefit of 20/20 hindsight, I’m not sure that I wouldn’t try doing the same thing again. Maybe not exactly the same thing, but a version thereof.

I was all in on the Glacier character and the presentation here of it. Again, it was something that, I don’t mean to be the dead horse here, that whole idea of the concept was to appeal to video game companies. We wanted WCW to be in the video game business. It was a licensing and merchandising-driven idea, and I was totally committed to it.

Obviously financially I spent a great deal of money, you know, creating the vignettes and the lighting and the character design and all of that. I did it for a very specific reason and I was 100% committed to that idea. If it worked I’d be a hero. If it failed, I wouldn’t be. So no, I didn’t vacillate. I wasn’t looking for a compromise solution anywhere in the process. It was one idea, one commitment, played out to the end, good or bad.”

This episode was broadcasted from the Madison Square Garden in New York City, New York and featured matches & storyline segments on the road to the ‘WWE Survivor Series 2009’ PPV.