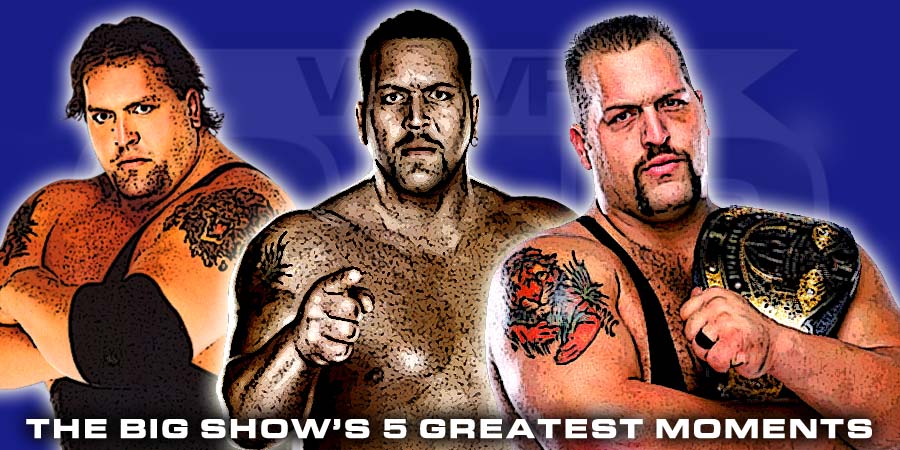 Between 1995 and now, The Big Show, formerly known as The Giant in Ted Turner’s WCW World Championship Wrestling, has unleashed hell whenever he was in the ring.

After the late great WWE Hall of Famer André The Giant left the WWF World Wrestling Federation in 1991 and passed away in 1993, The Big Show became THE Giant of Professional Wrestling.

Although never coming close to André’s overall popularity, it’s safe to say that nowadays The Big Show is THE Giant of the newer generations and eras of wrestling.

We have now listed the 5 greatest moments of his career:

At the WWE Hell in a Cell 2012 PPV on October 28th 2012, The Big Show challenged Champion Sheamus for the World Heavyweight Championship.

At the end of this 20 minutes match, The Big Show managed to hit Sheamus with a second ‘WMD’ to get the pinfall victory and become the new World Heavyweight Champion.

This was actually the second time he won that title, but when he won it the first time, it didn’t last long as Daniel Bryan cashed in the Money In The Bank briefcase and defeated him right away, making his Big Show’s first championship reign one of the shortest in History.

The second title win on the other hand, certainly counts as one of his proudest moments.