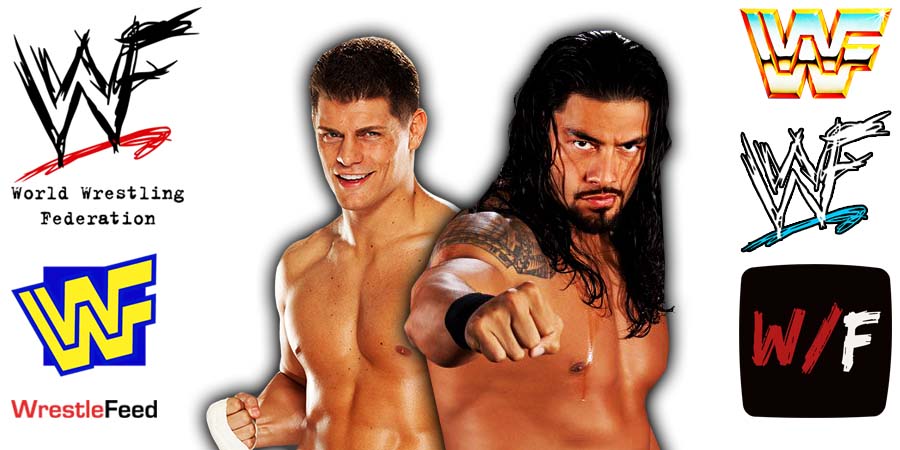 On last week’s RAW, Cody defeated The Miz. On this week’s RAW, he defeated Kevin Owens via count-out in the main event.

“Like I said, bro, the only thing that could have saved this, and we talked about this, the only way to save this was straight away to Reigns. That was the only thing.

If he would have gone straight after Roman and maybe Reigns throws The Usos at him, one by one, like, (the story of) Roman Reigns doing everything to avoid the match. But Owens and Seth and Miz, nobody cares.”

1. One Man Gang vs. Scott Armstrong