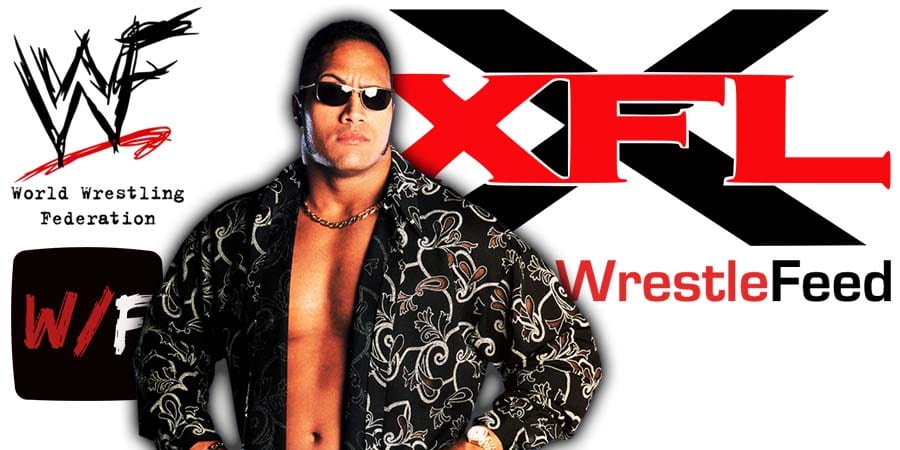 • The Rock Comments On Buying The XFL

As we noted earlier, WWF Legend and famous Hollywood actor, Dwayne “The Rock” Johnson, has bought the bankrupt XFL for $15 million along with RedBird Capital as his partner.

Below is what The Rock said about his purchase of the league:

“The acquisition of the XFL with my talented partners, Dany Garcia and Gerry Cardinale, is an investment for me that’s rooted deeply in two things – my passion for the game and my desire to always take care of the fans.

With pride and gratitude for all that we built with my own two hands, I plan to apply these callouses to the XFL, and look forward to creating something special for the players, fans and everyone involved for the love of football.”

XFL has confirmed that it has been sold to The Rock and RedBird Capital.

ALSO WATCH: Check Out The Revealing Photos That WWE Hall Of Famer Sunny Sends To Fans In Exchange For Money: