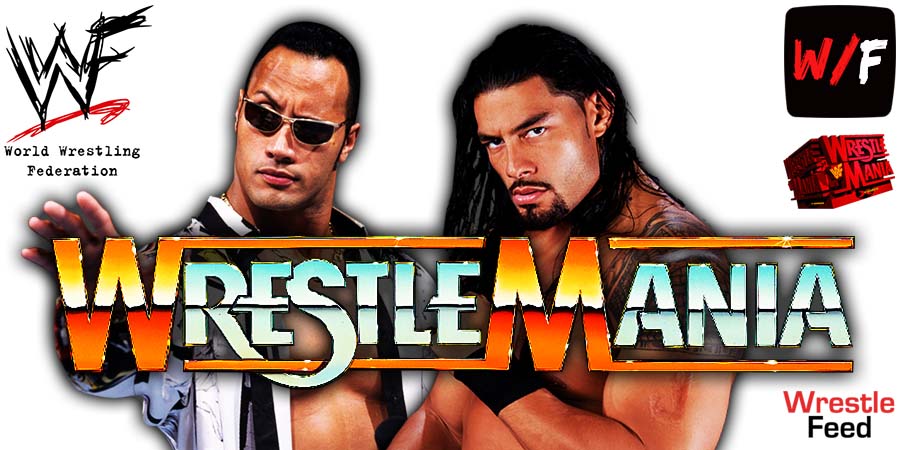 • The Rock Comments On Reports Of His WWE Return

As we have noted before, multiple sources have reported that WWE is planning to do Roman Reigns vs. The Rock in the main event of WrestleMania 38.

Another report that has made rounds is that WWE even has a back-up plan in place, in case The Rock doesn’t want to have a singles match due to fear of suffering an injury.

In that case, WWE would do a tag team match, where The Rock will team up with one of The Usos to take on Roman Reigns and the other Uso. In this scenario, The Rock will be protected, as the other guys will end up doing majority of the in-ring work.

He’s also rumored to appear at the Survivor Series 2021 pay-per-view in November, to celebrate the 25th anniversary of his WWF debut.

The Rock recently spoke with ET to promote ‘Jungle Cruise’ and was asked about these reports of his return to the WWE.

Here’s what The Rock replied:

It was broadcasted from the Gund Arena in Cleveland, Ohio and featured matches, interviews & storyline segments on the road to the ‘WWF SummerSlam 1999’ PPV.