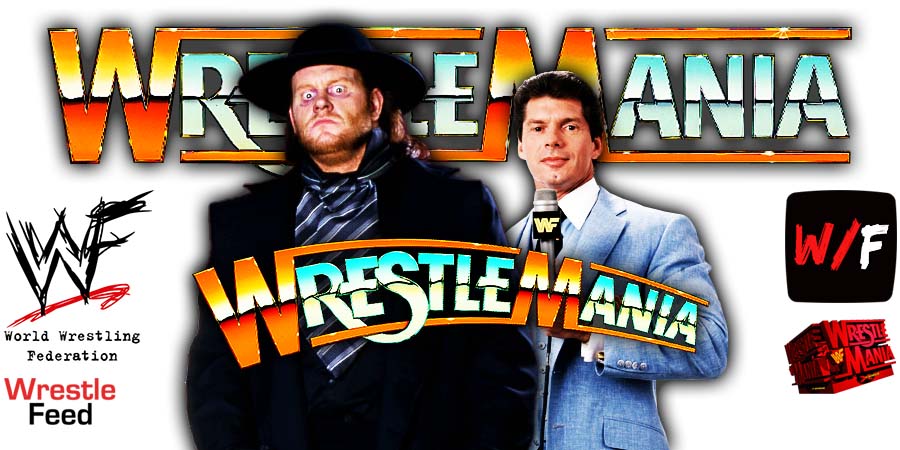 During a recent appearance on the Chat Grapple and Cheap Pops Podcast, former WWE Referee Marty Elias revealed that The Undertaker confronted Vince McMahon at WrestleMania 25.

This happened when The Deadman was told his match against Shawn Michaels will be given 15 minutes and will be #3 on the card, behind the Miss WrestleMania Battle Royal.

Below is what Marty said:

“We were sitting there and The Undertaker looks at Shawn Michaels and he goes, ‘Shawn, how long you been with this company?’ Shawn goes, ‘Most of my life.’

In the end, The Phenom and HBK had a 30-minute match, which not only ended up being the best match on the show, but is considered the best match in the history of WrestleMania.

The Undertaker defeated Shawn Michaels on that night to extend his WrestleMania winning streak to 17-0.

However, The Streak almost ended accidentally during this match. Tap here to read more.

WATCH: Undertaker Laid Out In The Ring By His Daughter Kaia: