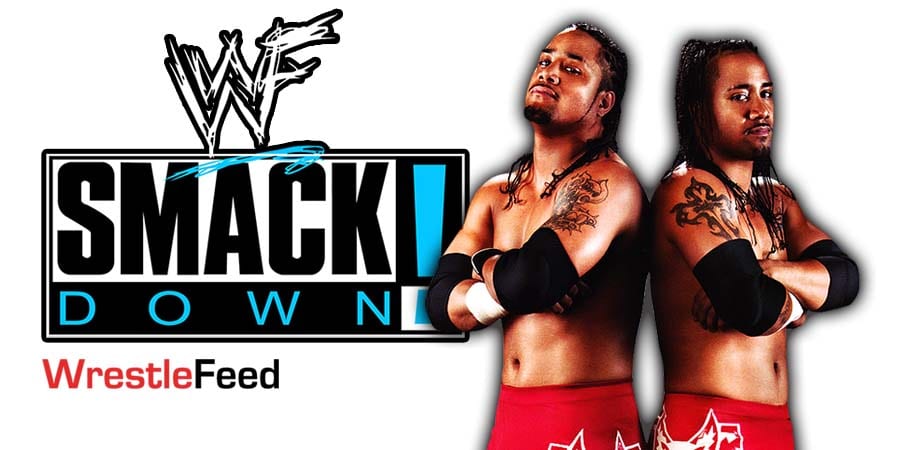 On last night’s episode of SmackDown, Undisputed WWE Universal Champion Roman Reigns appeared all by himself.

While Paul Heyman is still selling Brock Lesnar’s F5 to him through the announce table at SummerSlam, fans were wondering why The Usos didn’t appear last night.

During a backstage segment between Reigns & Sami Zayn last night, it was hinted that Jimmy & Jey Uso faced some ‘trouble at the border’.

With Usos not backing up their Tribal Chief last night, Drew McIntyre laid out Reigns with a Claymore Kick in the main event segment, despite Zayn trying to help.

Duke Droese wrestled for the World Wrestling Federation from 1994 till 1996, although with very little success, other than winning a Slammy Award in late 1994.

The Dumpster entered both, the 1995 and the 1996 edition of the 30-man Royal Rumble match, but didn’t even come close to win either one of them.

He returned for one night in 2001, when he entered the famous gimmick battle royal at WrestleMania X-Seven.