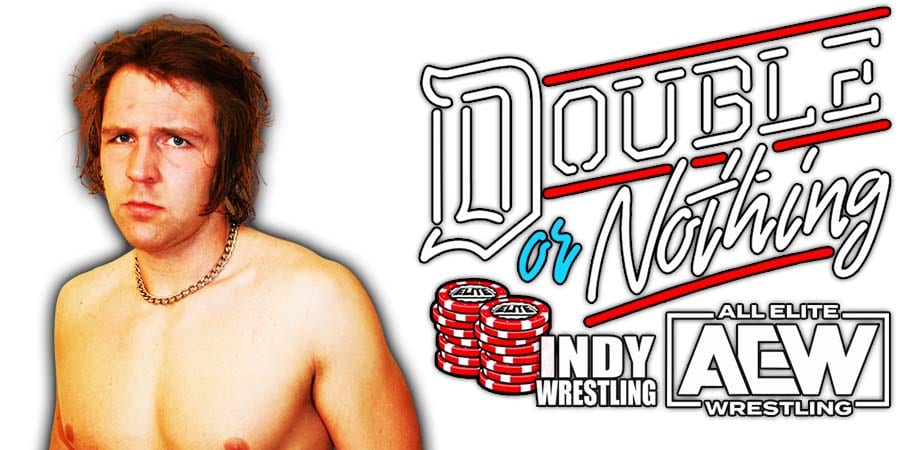 During the match, Young Bucks mocked The Shield as they tried to do the Shield Powerbomb on Moxley.

First, Young Bucks did the Shield fist-bump. Then, Nick Jackson ordered Matt Jackson to lift Moxley for a Powerbomb (just like Roman Reigns used to say to Ambrose & Seth Rollins).

Matt then did Roman Reigns’ “oooh-aahhh” taunt just before the Powerbomb, and Moxley countered with a kick to his face.

Also Check Out: Cody Rhodes Performed A Banned WWE Move At AEW Double Or Nothing 2021 (Video)

After years in Mexico & Japan, Vampiro first made a name for himself in the United States when he wrestled for Ted Turner’s World Championship Wrestling from 1998 until the company was sold to the World Wrestling Federation in March of 2001.

On August 13, 2000, during the WCW New Blood Rising PPV, The Great Muta and him defeated KroniK to win the WCW World Tag Team Championship, a title they lost to the Filthy Animals the next night on Nitro.