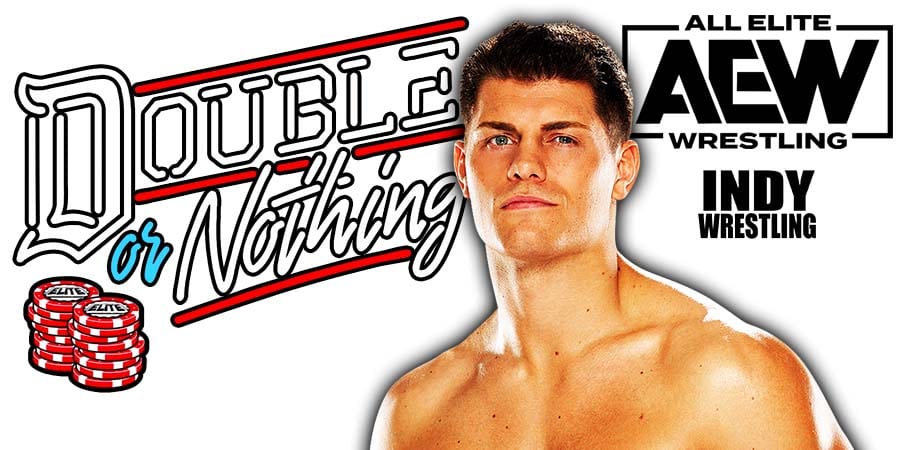 At the AEW Double Or Nothing 2021 PPV, Cody Rhodes defeated Anthony Ogogo by hitting him with a Vertebreaker.

This move is banned in WWE nowadays because it’s very dangerous.

You can watch Cody perform it on Anthony below:

Shane Helms (The Hurricane) used to perform this move and explained why it got banned in the WWF/E:

“When WWE banned it, that was a time in the business where a lot of guys got hurt with piledrivers so they said, ‘eliminate it, all piledriver type maneuvers except for the Tombstone.’ But all the other piledrivers got eliminated and basically my boss said ‘don’t do it.’

I’m one of those weird people, I do what my boss says. And at the same time there were only about 3 people I could even pick up at that particular time. Everybody was gigantic back then, so it wasn’t a big deal for me.

It’s easy to take, you tuck your chin. You take it like a German Suplex impact. I would take a lot of impact on my upper back which caused problems in my lower back. If I did it a couple nights in a row, my back was jacked by the end of the loop. That’s because I was taking care of the guy. I never drilled anybody.

Kaz Hayashi would stare at the mat and pull his chin up at the last second and was just masterful at that. I think [Billy] Kidman tried to do that one time and didn’t tuck in time. I can’t see what’s going on back there, so if you don’t tuck your chin, you’re on your own. He got pegged a little bit, but he was okay. Someone backstage said I killed him, but I had to see it back.

At that time, there had been a string of neck surgeries in WWE, and they were getting away from anything where you landed on your neck. Even the German Suplexes were modified. You wouldn’t see the guys doing the Japanese style where they’d drop someone on their head. It was something I knew was coming anyway. I was prepared for it.”

The Vertebreaker was last performed in WWE in 2016. Seth Rollins performed it on AJ Styles at a WWE Live Event.

Also Read: Another Former WWE Wrestler Was Present At AEW Double Or Nothing 2021 PPV