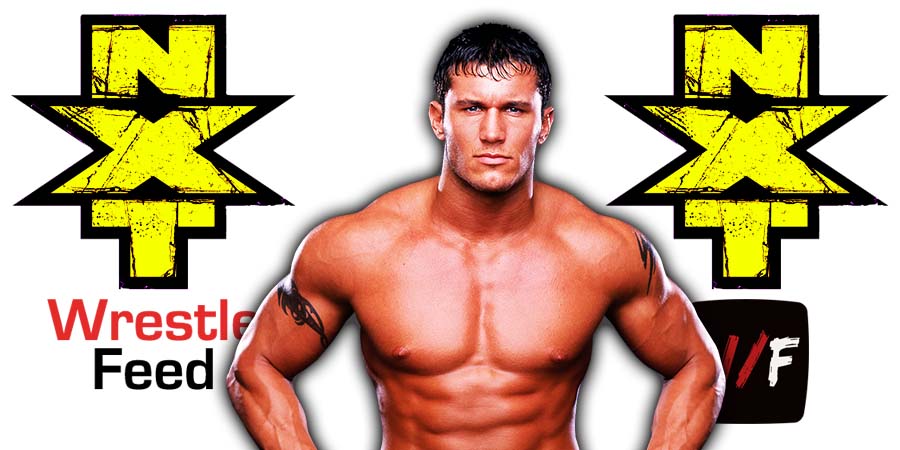 During an appearance on the Pat McAfee Show on Thursday, RAW Tag Team Champion Randy Orton promoted WrestleMania 38 and talked about the current state of Pro-Wrestling.

Orton went on to take a shot at the NXT wrestlers.

“There’s an art to what we do, and a lot of guys have lost that art.

Now instead of selling a punch, because you need to sell a punch, now I’m protecting myself because I don’t want to get my f**king jaw broken.

That’s unfortunate, but the art to professional wrestling, like when Vince was on (the Pat McAfee Show) he talked about your number one priority above all being protecting your opponent, that’s not taught necessarily in NXT.

I know that because I’ve been in the ring with guys that came from NXT and they don’t know what the f**k they’re doing. It’s unfortunate but I think that is just kind of how things are changing.

I got injured very early in my career several times, boom, boom, boom. I had to figure out if I’m going to do this for a long time, if I’m gonna have any kind of longevity, I got to figure out how to do that. That’s what I’ve done.

I’ve toned back the physicality to the point where I know what I’m capable of, I know what my body’s capable of, but I also know what I need to do out there in order to get a reaction and I don’t need to break my back.

Back in the day with 220 shows a year, you can’t physically survive decades in this industry if you’re killing yourself every night.”

Orton & Riddle, together known as RK-BRO, will defend the RAW Tag Team Titles against The Street Profits & Alpha Academy in a Triple Threat Tag Team Match this Sunday at WrestleMania 38 – Night 2.

4. The Undertaker vs. Justin Bradshaw