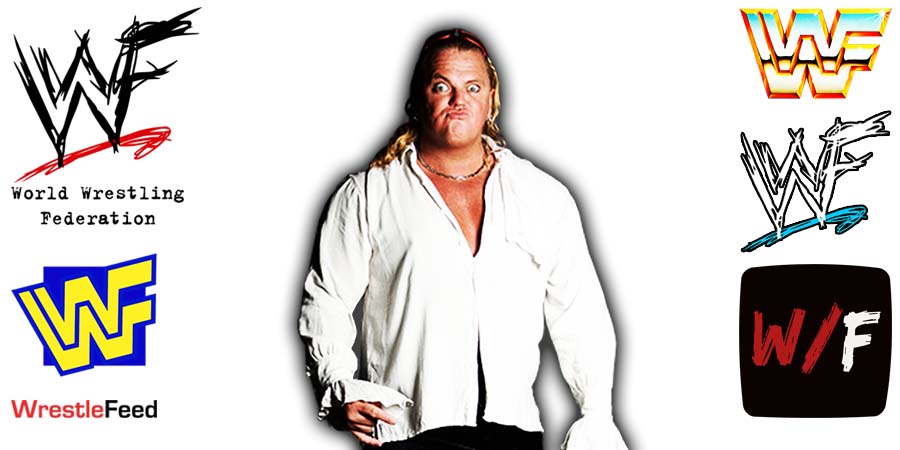 During an appearance on the Battleground podcast, WWF Veteran Gangrel talked about The Brood and WWF Officials having big plans for Edge.

On The Brood lasting only 8 months:

“It didn’t last very long. It was no more than 8 months. It was a short run.

People talk about it like it lasted forever, but it was very special. It was the right place at the right time. They had plans for Edge. That was one of the reasons The Brood got so popular so fast.

They had told me when we were coming in that Edge is our future guy. We’re going to strap a rocket to his rear end and he’s going to the top and to look out for him.

The more The Brood got popular, the sooner they had to get him out of there. He had to get on his own.”

On The Brood working with The Undertaker’s Ministry Of Darkness:

“Now when I sit back, I think it was cool because it gave me a different level of clout that you’re in The Ministry.

Undertaker was a legit top dog. Me, at the time, and [Edge] will tell you, that I said, ‘This isn’t good. The Brood thing is going too good. They put us in The Ministry to slow us down. We have to be careful here.’

One night on the stage, the boos turned to Brood and they started chanting, ‘Brood, Brood, Brood’ while we were standing out there with The Ministry, and I said to him, ‘I think we’re out of The Ministry.’

It wasn’t even a week later when they said they were going to split up The Ministry. When that happened, I told him ‘The Brood is done’.”

On this day in 2010, we lost Old School Wrestling Veteran “Gentleman” Jerry Valiant (Real name: John Hill) at the age of 68 after a battle with Alzheimer’s disease.

His greatest accomplishment was probably winning the WWF Tag Team Championship with his kayfabe brother “Luscious” Johnny Valiant on an episode of WWF Championship Wrestling, that was taped on March 6, 1979.