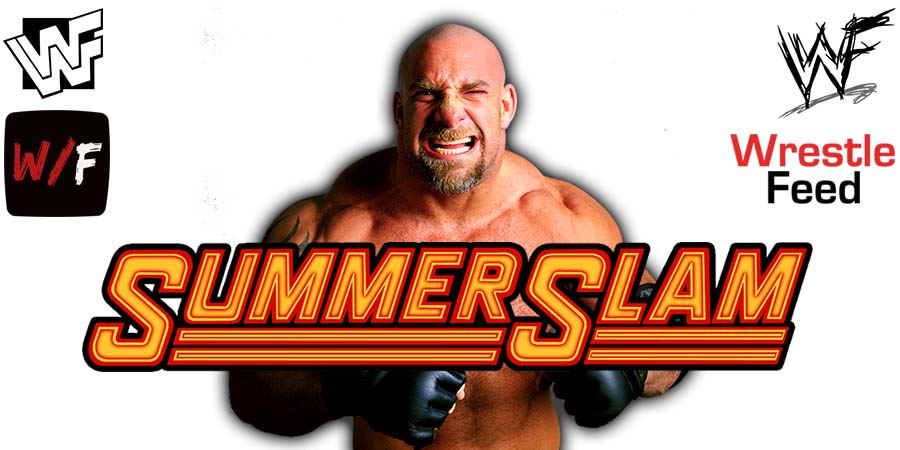 This was Damian’s 1st ever Title win on the WWE main roster.

During a recent interview with ViBe & Wrestling, Priest was asked how WWE Legends are backstage and here’s what he said:

“Actually, most of them are private but not in a negative way.

For example, Goldberg, the last time I saw him he came to greet me when I won the Championship, and before his match, he gave me a hug and congratulated me, he told me that he was happy for me and all that and we did not know each other.

Those things have a lot of value because a legend like Goldberg doesn’t have to say a word to me. What does it mean for him? Nothing and for me, it is a world.

Edge also congratulated me and gave me a hug and told me that he was happy for me. They are people that I saw on TV when I was young, and now I have them there, and they give me advice and help me, and it is incredible for me.

I don’t know how I got to this place, but I am very happy to be able to share conversations with these legends.”

• On This Day In Pro Wrestling History (September 6, 1988) – Old School Veteran Passed Away

On this day in 1988, we lost Old School Wrestling Veteran “Bad Bad” Leroy Brown (Real name: Roland Daniels) at the young age of 37 due to a heart attack.

He wrestled for several territories such as Georgia Championship Wrestling and Jim Crockett Promotions, among many others.