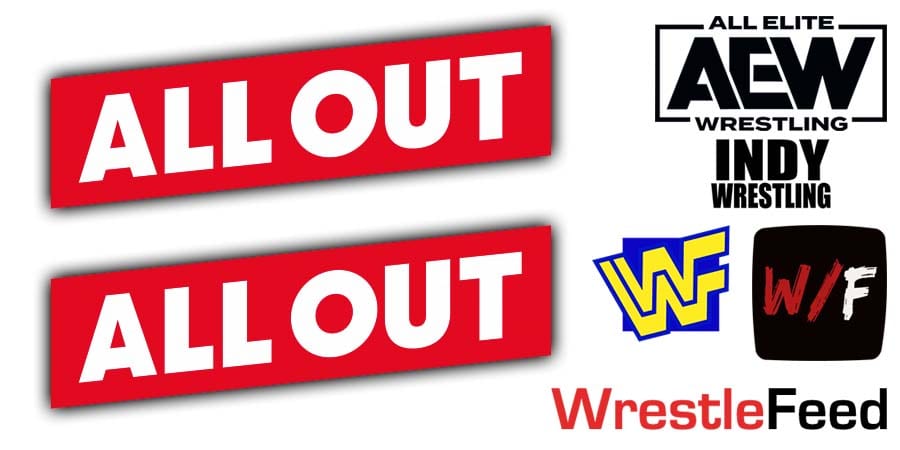 On the recent AEW Rampage: Grand Slam episode, The Great Muta made a surprise appearance in All Elite Wrestling.

During a No DQ tag team match, Sting was handcuffed and Buddy Matthews was about to hit him with the baseball bat, but The Great Muta made the save for Sting.

Sting then went on to pin Matthews to pick up the win. After the match, Sting & Great Muta celebrated, which received the biggest pop of the night.

During an interview on Robbie Fox’s “My Mom’s Basement”, AEW President Tony Khan revealed that he originally planned on brining in Great Muta at the All Out 2022 pay-per-view:

“Great Muta, we’d been talking about for a long time. It was funny because [Jon Moxley] brought it up in the press conference and we were already talking about it.

I was like, they’re with New Japan. So I was kinda like, ‘I don’t know if this is like the best time’, and we were already working on it. But like, yeah, the timing was very good.

I originally wanted to get Muta for All Out and he was not available. Then it just seemed like a good deal for Grand Slam.”

This episode was pre-taped at the Civic Center in Canton, Ohio and featured matches & storyline segments on the road to the ‘WCW Halloween Havoc 1996’ PPV.

– Lex Luger vs. The Renegade