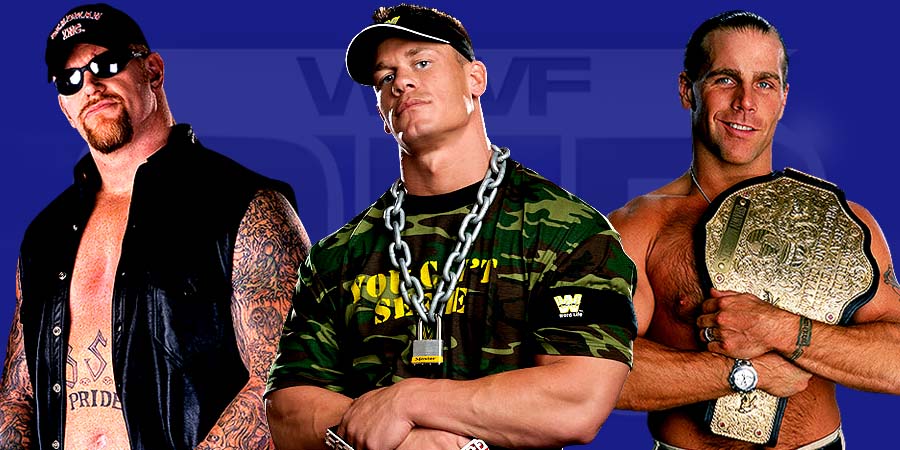 John Cena has been the #1 Draw in WWE for 10 Years now and still to this day there is nobody who even comes close to him when it comes to drawing money for the company.

He’s the Cash Cow, always drawing at least 5 times more money than the #2 draw in the company at any time since Mid-2010 (regardless whoever #2 was at that time, not including Part Timers of course).

But as we all know, in order to become a huge Star in the Professional Wrestling Business, you need Old School Wrestlers, Veterans & Legends who do the job for you and put you over. John Cena had quite a few Old School Superstars who helped him develop to the next level:

5. The Undertaker (2003)
It hardly gets any bigger than The Undertaker doing the job for someone. Did he put John Cena over clean? Well, no … but a win is a win, right? The Record books still show not just 1 but 2 wins over The legendary Phenom, both times via pinfall. That’s something not many Wrestlers have accomplished.