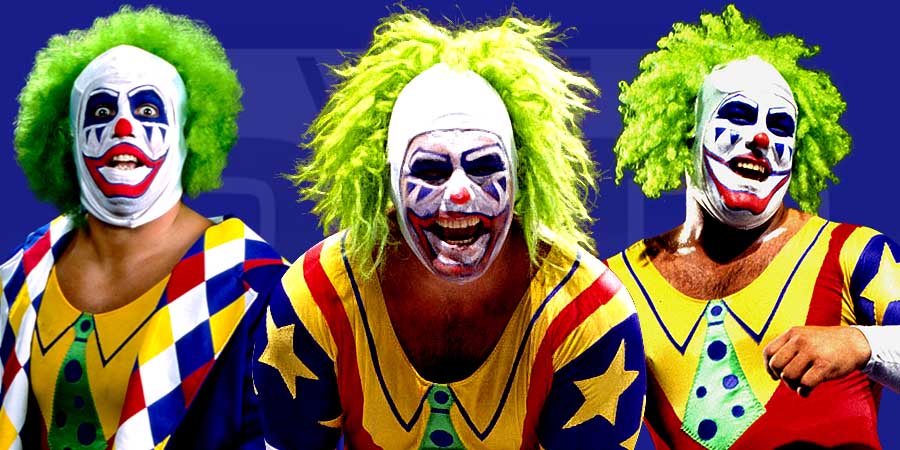 Over the years quite a few different Pro-Wrestlers have portrayed the Gimmick of ‘Doink The Clown’. But who was under the costume at what time??

We now uncover the truth about the people wearing the Doink costume over the years:

5. “The Brooklyn Brawler” Steve Lombardi
Steve Lombardi, most famous for his now 25+ year run as “The Brooklyn Brawler”, first started portraying the “Doink The Clown” Gimmick for a couple of matches in November of 1993, after the original Doink, Matt Borne was fired for re-occurring drug abuses. He would then return as Doink 12 Years later on WWE Monday Night RAW Episode #646 (October 10, 2005) in a losing effort against Rob Conway.

This marks the ONLY time Steve Lombardi wrestled as HEEL Doink

His last appearances as Doink The Clown came 2 years later, when he lost to Heath Slater on the Monday Night RAW episode of July 02, 2012 and joined several other Veterans & Legends to support Lita beating Heath Slater during the 1000th episode of RAW on July 23, 2012