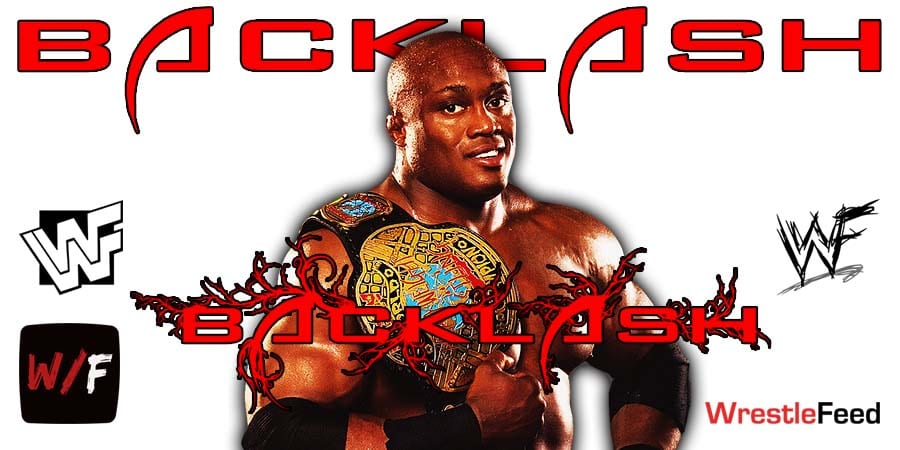 As seen in the co-main event of WrestleMania Backlash, Bobby Lashley defeated Braun Strowman and Drew McIntyre in a Triple Threat Match to retain the WWE Championship.

Lashley pinned Strowman to pick up the win.

During a backstage interview, MVP hinted that the WWE Championship might be taking some time off.

“The champ has proven time and time again that he is The All Mighty WWE Champion. There’s not a man in the history who works harder than he does.

If you go to his Instagram, and see the workouts that he posts, mortal men will drop and die. Again and again, he has defended that title and shown the world that he’s The All Mighty.

Now it is time for the champion to enjoy the fruits of his labor, right?

Look, I’ve got everything lined up. I’ve got your trip. Let’s just say that tomorrow I’ve got some surprises for you. Take a little time off.”

Lashley then said the following:

“I’ve been busting my a$$ for a long time, it is time to celebrate now. We’ve put in so much work and delivered on everything.”

It was pre-taped at the National Car Rental Center in Fort Lauderdale, Florida and featured matches, interviews & storyline segments on the road to the ‘WWF No Mercy (UK) 1999’ PPV, which took place on the same day.