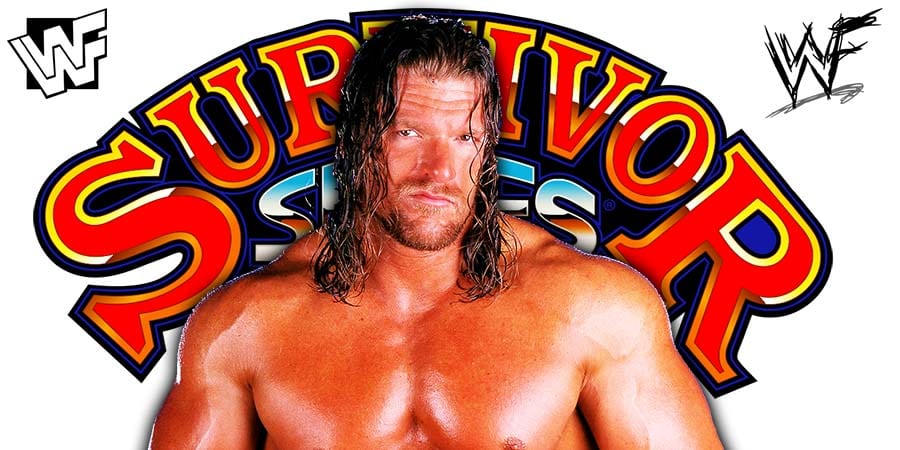 This episode featured matches, interviews & storyline segments on the road to the ‘WCW Starrcade 1994’ PPV.

Sting vs. Avalanche (All The Babyfaces And Heels Brawl In The Ring After The Match)

Below are some highlights from today’s teleconference call with Triple H:

So it’s very much possible that wrestlers from RAW & SmackDown will invade NXT before their brand war this Sunday.

– Tommaso Ciampa may have to change his wrestling style due to his neck issues.

– There were talks for a WWE Champion vs. NXT Champion vs. Universal Champion match at Survivor Series 2019, but WWE couldn’t move away from the Brock Lesnar – Rey Mysterio program (although the real reason is that WWE wants to keep Brock Lesnar away from The Fiend).

– Triple H said that if any wrestler has a problem, then they should go talk to WWE officials, not post it on Social Media.

– Triple H revealed that one spot on Men’s NXT Survivor Series NXT will be revealed directly at Survivor Series 2019 and he promised that everyone will be excited when they find out the surprise.

This has begun speculation regarding who could it be. WrestleVotes recently noted that WWE Creative Team wants Triple H to be a part of Team NXT at Survivor Series 2019, but Triple H doesn’t think it’s a good idea. Also, it would be weird for Triple H to promote himself as an exciting, mystery surprise.

Since Survivor Series 2019 is near Chicago, rumors of CM Punk returning to in-ring action have begun. Although Punk works for FOX, many insider sources believe that WWE is somehow involved in this deal (similar to how Ultimate Warrior & Sting were said to be working with 2K for WWE’s video games, but ended up coming to WWE).

John Morrison is also a possibility. For those who don’t know, PWInsider reported a few months back that Morrison has signed with WWE.