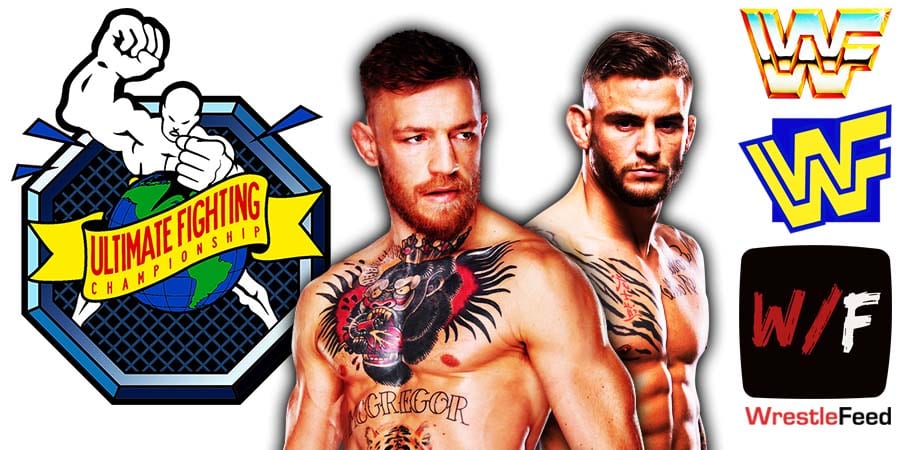 In the main event of the UFC 264 PPV, Conor McGregor lost to Dustin Poirier in their Trilogy Fight via TKO (Doctor’s Stoppage) after he broke his leg at the end of the 1st round.

This event reportedly drew 1.8 million pay-per-view buys, making it the second most bought UFC PPV ever (only behind UFC 229, which featured Conor McGregor vs. Khabib Nurmagomedov, which drew 2.4 million PPV buys).

Conor’s base salary was $5 million for this fight, and after adding the pay-per-view bonus, his total salary for UFC 264 is $23 million!

On the other hand, Dustin’s base salary for this fight was $1.5 million, and after adding the pay-per-view bonus, his total salary for UFC 264 is $5.1 million.

• ON THIS DAY IN WRESTLING HISTORY (July 17, 1982) – Georgia Championship Wrestling

Brad Armstrong is presented the”Rookie of the Year” Award