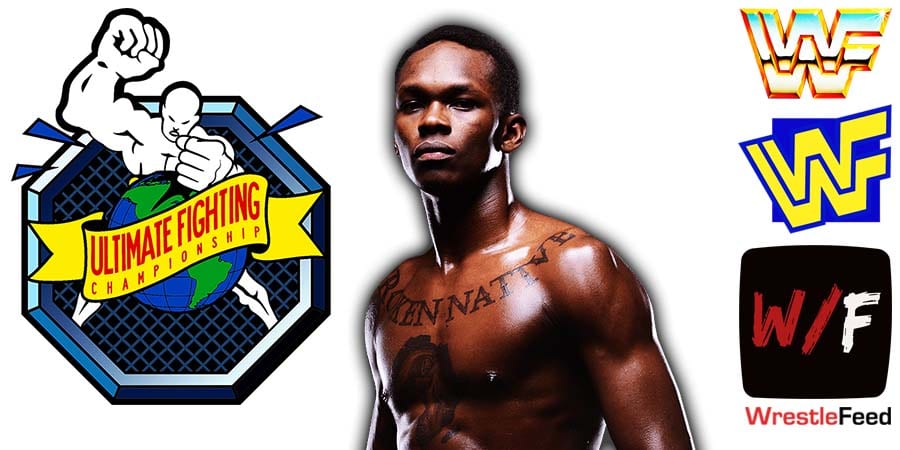 Below are the complete results from the main show of tonight’s UFC 276 pay-per-view:

– Sean O’Malley vs. Pedro Munhoz ended in a No Contest (accidental eye poke) in the 2nd round of their Bantamweight (135 lbs) bout

– Bryan Barberena def. Robbie Lawler via TKO (punches) in the 2nd round of their Welterweight (170 lbs) bout

– Alex Pereira def. Sean Strickland via KO (punches) in the 1st round of their Middleweight (185 lbs) bout

– Alexander Volkanovski (c) def. Max Holloway via Decision (unanimous) in their 5 round bout to retain the UFC Featherweight (145 lbs) Championship

– Israel Adesanya (c) def. Jared Cannonier via Decision (unanimous) in their 5 round bout to retain the UFC Middleweight (185 lbs) Championship

In the main event, Israel Adesanya came out dressed as WWE Hall Of Famer The Undertaker and also had The Deadman’s theme song.

Tap here to read the complete results from Money In The Bank 2022.

This episode was broadcasted from the American Airlines Center in Dallas, Texas and featured matches, interviews & storyline segments on the road to the ‘WWE The Great American Bash 2007’ PPV.

6. Carlito vs. The Sandman