Sandow noted that his name in TNA is going to be Aron Rex. Also on last night’s episode, Bobby Lashley defeated James Storm to win the King of the Mountain Championship. Lashley is a Triple Champion now as he holds the following 3 Titles:

– TNA King of the Mountain Championship 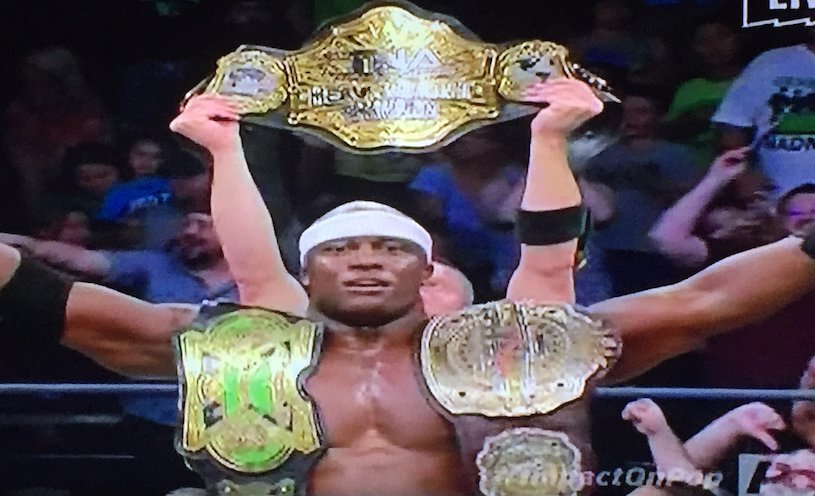 “The Destroyer” Lashley will now defend his TNA World Title against Ethan Carter III in the main event of Bound for Glory 2016, which takes place on October 2.

Below is a pic: