• Update On Hangman Page Getting Injured On Tonight’s AEW Dynamite 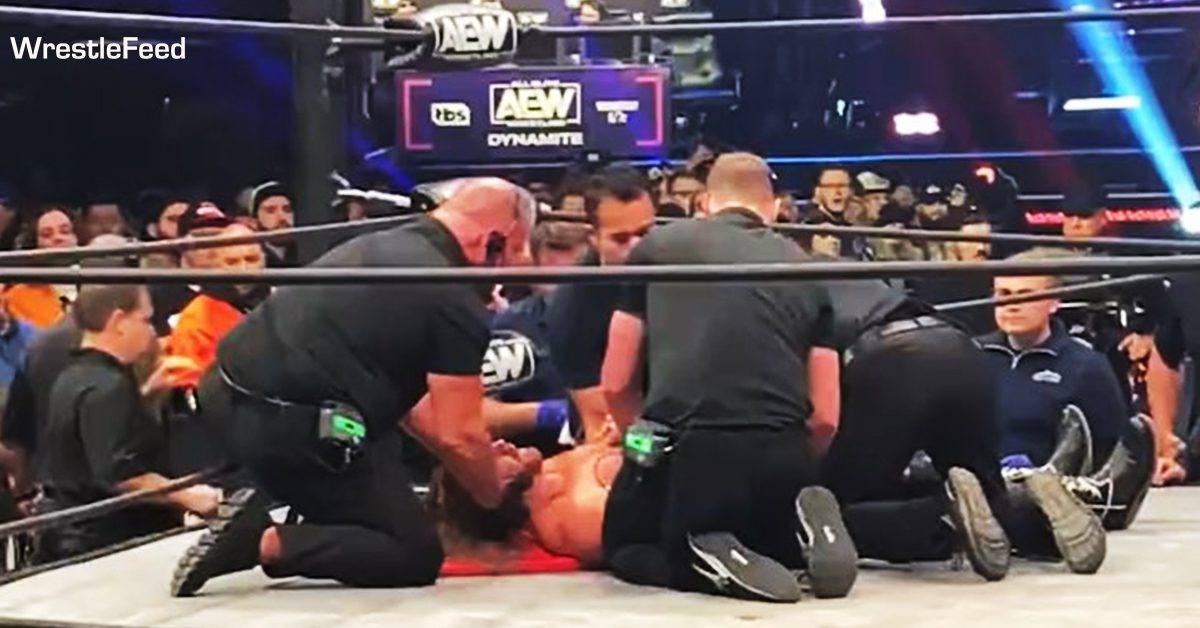 According to PWInsider, word going on is that Hangman suffered a concussion. Sean Ross Sapp reported that Page was taken to a local hospital after the show.

The ending of Dynamite was improvised, where Moxley called out MJF to cash-in his Title shot right now, since there was TV time remaining.

MJF said he’s going to prove William Regal wrong and earn it, and announced that he will cash-in his Poker Chip and face Moxley for the Title in the main event of Full Gear 2022.

It was broadcasted from the First Union Center in Philadelphia, Pennsylvania and featured matches, interviews & storyline segments on the road to the ‘WCW Halloween Havoc 1999’ PPV.